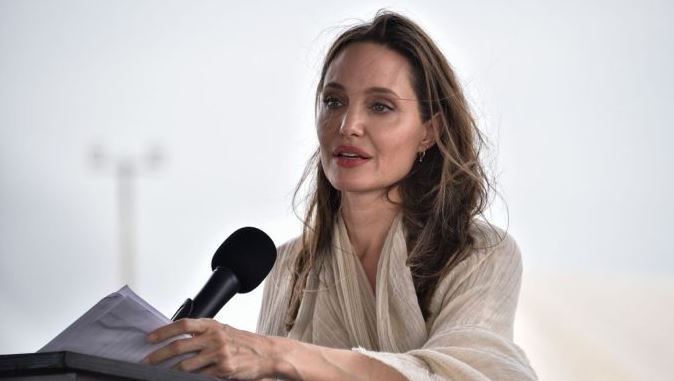 ISLAMABAD: PM Shehbaz Sharif has taken to the Twitter to thank Angelina Jolie for supporting the millions of Pakistanis hit by unprecedented flood of the century.

“Pakistan thanks Angelina Jolie, a special UN envoy, and other unsung heroes for becoming the voice of millions of people whose lives & livelihoods have been destroyed by raging floodwaters. We will forever remember their empathy & compassion for suffering humanity.”

Earlier, the Hollywood Actress Angelina Jolie, who happens to be an envoy of UNHCR, visited the flood-hit area of Dadu on Tuesday (20th of September, 2022).

Angelina Jolie, who visited Pakistan back in 2005 tremors and 2010 deluge, attempts to gain an understanding of the state-of-affairs by personally talking to the affected people.

During the rendezvous she is inquiring about the needs of the flood-affected people besides reviewing the rescue activities.

It is expected that the celebrity’s visit will draw world attention towards the devastation making them ponder over the dangers of climate change.

Taking to the Twitter the Government of Pakistan stated: “Actress and Activist, Angelina Jolie visited the areas devastated by some of the worst flooding in Pakistan’s history, to support affected Pakistanis and to boost humanitarian efforts in these dire times.”