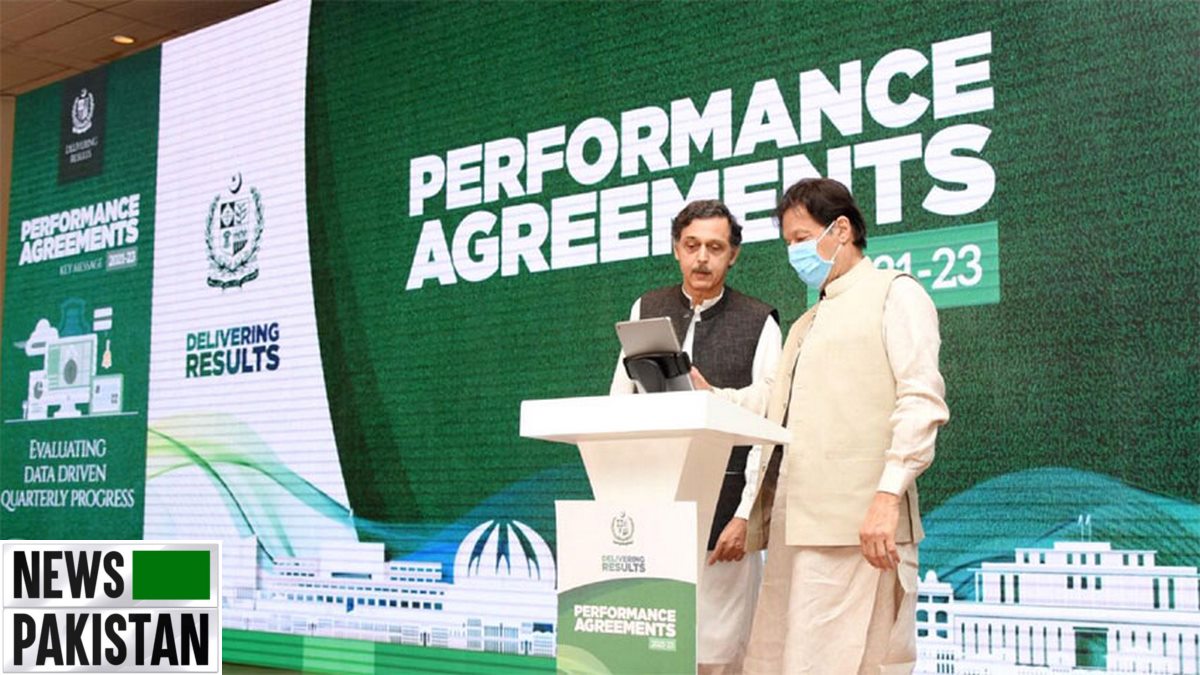 ISLAMABAD: Prime Minister Imran Khan, in a bid to further transform the country’s governance system, has launched a two-year (2021-23) performance agreements document for all federal government ministries and divisions at a ceremony on Wednesday (22nd of Sept 2021).
The launching of document was part of the Prime Minister’s comprehensive Civil Service Reforms Agenda, under which the government had initiated a new performance management system that brought the entire federal government together through one implementation tool of “Performance Agreements”.
After the approval of the proposed performance management system in September 2019, the Establishment Division decided to run a pilot to stress test the content as well as the process.
Initially 11 ministries were selected based on a mix of mandates including policy making, revenue generation and service delivery.
The ministries selected for the pilot were Climate Change, Commerce, Communication, Education, Energy, Health, Housing and Works, Industries, Information Technology, National Food Security, and Water Resources.
By December 2019, Performance Agreements for all pilot ministries had been prepared for a six-month period, ending June 2020 and the process of quarterly reviews then began.
The Cabinet endorsed the fact that the system was not only effective for tracking progress but was also a facilitation mechanism to resolve inter-ministerial matters.
As Performance Agreements were considered critical governance tool for implementing the government’s reform agenda, it was approved and expanded to all ministries and divisions for Financial Year 2020-2021.
For the financial year 2020 – 2021, a total of 40 ministries and divisions prepared their agreements. Over1300 reform, policy, development, and administrative initiatives were chosen for delivery through 6000 targets identified on quarterly basis.
For these targets, over 1700 inter-ministerial dependencies were tracked.
With the above mentioned work done during the last three years, Pakistan is now set to use institutional performance as an entry point to transforming governance.
As a back end tool, the Performance Agreement has set delivery in motion.
To further improve the process and benefit from increased capacity, a two-year agreement has been prepared for this cycle, ending June 2023. With the quality of initiatives improved, a total of 1090 initiatives have been finalized.
Quarterly reviews will allow the Federal Government, with complete ownership of the ministries, to internally keep track of its output over the two years.
The respective ministries and divisions will regularly hold press conferences, undertake groundbreaking events, and launch various programs and initiatives.
Nevertheless, in the spirit of transparency and for ease of reference, this document will provide a snapshot of the initiatives of the entire Federal Government, as identified through the Performance Agreement system.
The document happens to harbor a total of 1090 initiatives/targets for all ministries including 426 to be completed in FY 2021-2022; 488 to be completed in FY 2022-2023; and 176 running initiatives, supplementing the overall delivery of ministries across the two years, and beyond.