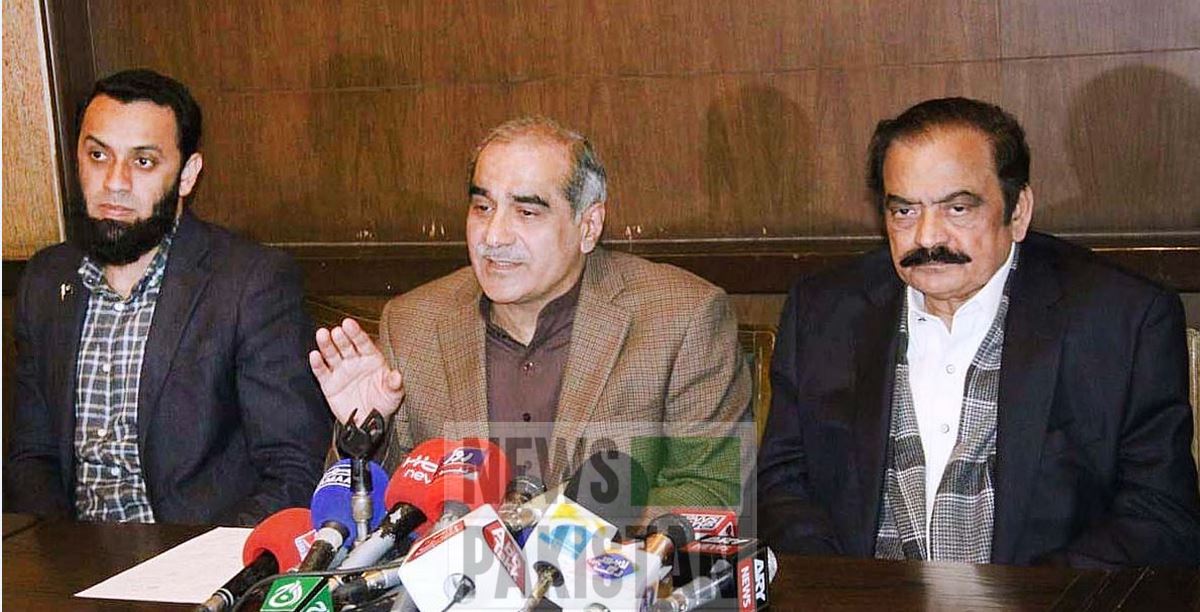 Addressing a press conference along with Federal Interior Minister Rana Sanaullah, Special Assistant to Prime Minister Attaullah Tarar and PML-N leader Malik Ahmad Khan at Model Town, he said that PML-N believed in dialogue and it had always given priority to national interest.

He said that PML-N was not afraid of elections adding that assemblies should complete their constitutional tenure.

Saad Rafique said that general elections should be held on time adding that Imran Khan wanted an adventure.

He further said that if Imran Khan would dissolve assemblies he would become helpless.

He said that dialogues were never held on conditions adding that Imran Khan should understand that dialogue, allegations and abuses could not go hand in hand.

Dialogue was a need of Imran Khan, he maintained.

Railways minister said if Imran Khan wanted dialogue then his demand would be taken to Pakistan Democratic Movement (PDM) table. He said that National Assembly including Sindh and Balochistan assemblies would remain intact if Imran Khan dissolves two assemblies.

Saad Rafique said, “Some of our allies have reservations about holding dialogue with (PTI).”

Interior Minister Rana Sanaullah said that dialogue was not possible if Imran Khan would give threats.

He said that Imran should adopt constitutional way adding that PTI chairman was in habit of giving threats since 2014.