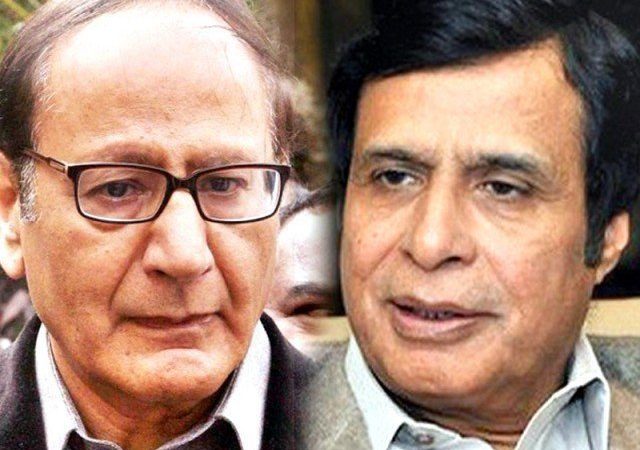 ISLAMABAD: Pakistan Muslim League-Q senior leader Chaudhry Pervaiz Elahi Monday said his party had decided to extend full support to Pakistan Tehreek-e-Insaf (PTI) in the formation of federal as well as provincial government in Punjab.
He said that the decision was taken in a meeting of the PML-Q delegation led by Chaudhry Shujaat Hussain with PTI chief Imran Khan at Bani Gala.
He said, in present circumstances, PML-Q assured full support and cooperation to the PTI to work for the betterment of the country.
Ch Pervaiz Elahi said his party had 10 elected members in the provincial assembly and the PTI was in a position to form the government with the support of PML-Q.
PTI chief Imran Khan thanked PML-Q for support, and also praised various development projects completed during the PML-Q government in Punjab province, Pervaiz said adding that Imran Khan applauded projects in education, health and road infrastructure sectors. 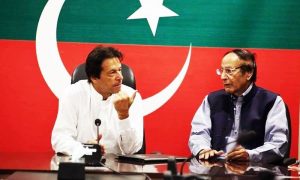 PML-Q  leader Chaudhary Shujaat Hussain has said that his party would support the Pakistan Tehreek-e-Insaf (PTI) in forming governments both at the Centre and Punjab. Chaudhary Shujaat, who visited Banigala leading a party delegation, felicitated PTI Chairman Imran Khan on his party’s victory in the general election. He said he and his party fully endorsed the manifesto and the programme announced by Imran Khan for the country’s better future. Imran Khan on the occasion welcomed the delegation, which also included Chaudhary Pervaiz Ellahi and other senior PML-Q leaders, and thanked them for support.