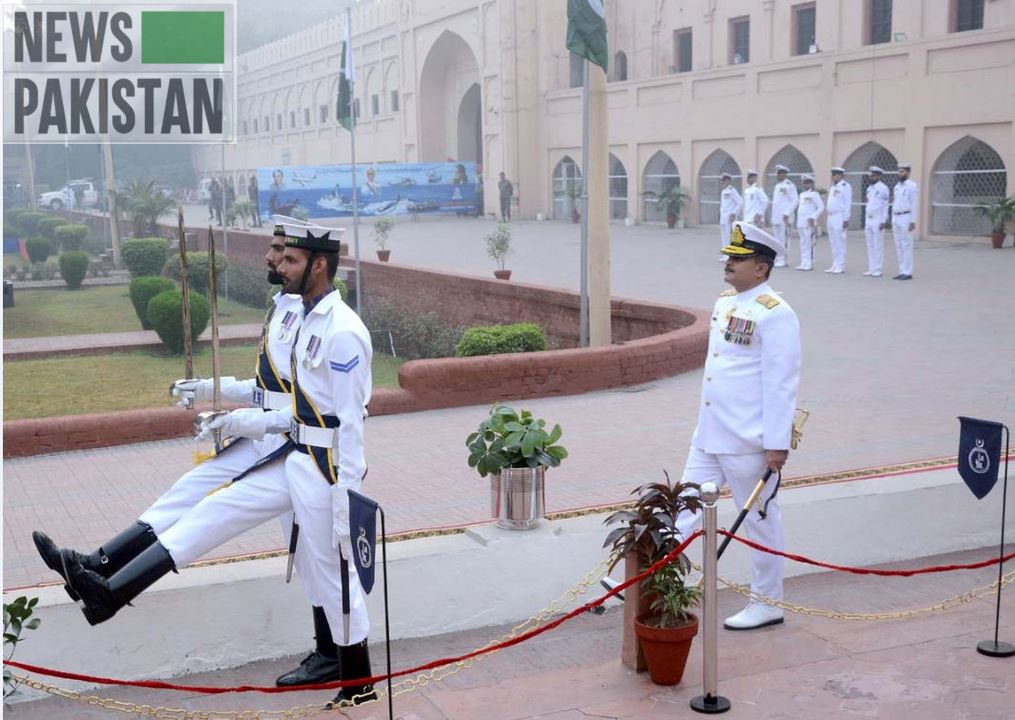 LAHORE: A smartly turned out contingent of Pakistan Navy assumed the charge of guards in an impressive Change of Guard Ceremony held at mausoleum of Dr Allama Muhammad Iqbal on Wednesday (9th of November, 2022) as the nation celebrates 145th birth anniversary of the National Poet.

The poet of East with the vision of independent state inspired the creation of Pakistan, said a Pakistan Navy media release.

Pakistan Navy Station Commander at Lahore, Commodore Sajid Hussain graced the occasion as the chief guest, who presented a mark of respect at Allama Iqbal mausoleum.

The ceremonial Guard mounting was followed by floral wreath laying at the mausoleum by Chief Guest on behalf of Chief of the Naval Staff Admiral Muhammad Amjad Khan Niazi, Officers, Sailors and Navy Civilians of Pakistan Navy.

Later on, Station Commander offered Fateha and recorded his remarks in the visitor book paying rich tribute to the National Poet.

The ceremony was attended by civil and military dignitaries and large number of general public.