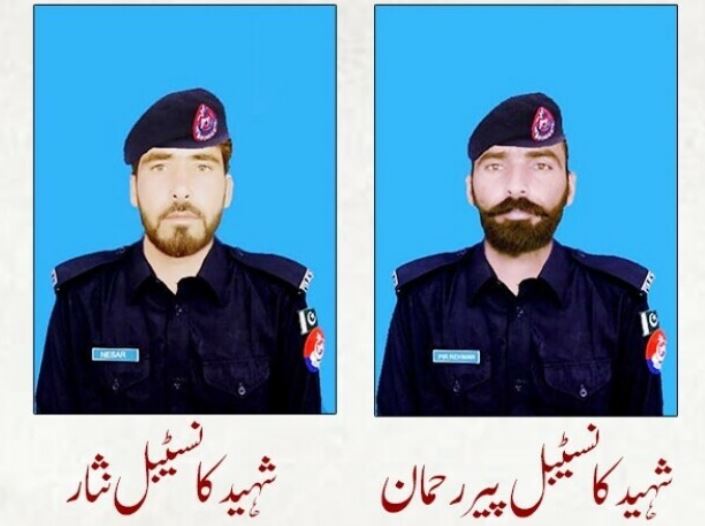 According to the Police, they were deputed on the security of Polio team in the ongoing Anti-Polio drive.

Police have cordoned-off the area and started search operation.

In a statement on Tuesday, the President paid tributes to the martyred Police personnel and sympathized with their bereaved families.

Arif Alvi said those behind such cowardly attacks are enemies of our children’s future.

Expressing the resolve to eradicate polio from the country, the President said sacrifices of our security forces and health officials will not go in vain.

The Prime Minister paid tributes to the martyred Police personnel. He expressed solidarity with the bereaved families of the Policemen.

Shehbaz Sharif said police force has been rendering unmatched sacrifices against terrorism. He prayed for the high ranks of the Shuhada and for the bereaved families to bear this irreparable loss with fortitude.

The Prime Minister said those who attacked the polio workers wanted to make the nation’s children disabled. He expressed the commitment to eliminate the menace of terrorism.

The funeral prayer of martyred constables of Tank Police was held with full protocol here at District Police Officer’s office on Tuesday.

On this occasion, all the officers placed floral wreaths on the dead bodies of the martyrs and saluted them, while the squad of of Tank Police also saluted the bodies.

After the funeral prayer, special prayers were offered for the elevation of the ranks of the martyrs, the establishment of long-lasting peace in the country.