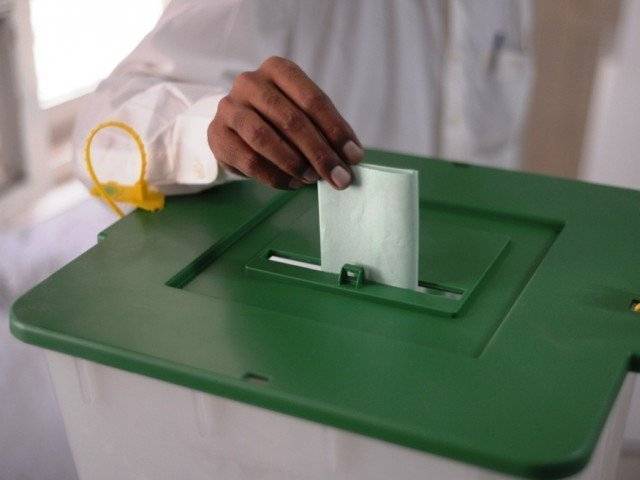 A total of 2716 candidates including 900 independent candidates were in the contest for 595 seats in Muzaffarabad, Neelum Valley and Hattian Bala district while in second phase, polling will be conducted in four districts of Poonch Division on December 3.

Polling in the first phase on Sunday continued from 8 am till 5 pm in the evening without any interval and long queues of voters were witnessed at polling stations showing much interest of people in elections.

According to election commission, a total of 695,049 voters including 320,747 female voter exercised their right to vote in the first phase of elections in three districts of Muzaffarabad division.

According to Deputy inspector General (DIG) police Muzaffarabad, Irfan Masood Kashfi, 4500 police personnel were deployed at polling stations while quick response force was in placed at every sector headed by DSP rank officers to reach in 15 minutes even any dispute occurs within their jurisdiction.

The army was also put on standby to control during the polling to control untoward situation but process was peacefully concluded and no incident was reported from anywhere till the closer of polling, the officer added.

The CEC said they had received no major complaint of any irregularity in the polling process or any attempt of rigging from anywhere and overall polling process was transparent and peaceful.

He said people had took keen interest in the polling and turnover was expected very high even more than 70 percent keeping in the view the rush witnessed at polling stations.

He expressed the optimism that the first phase of polling was a precedent for the coming phases and polling second and third phase would also be conducted peacefully in same manner.

He said the presiding officers had been empowered with magisterial powers to peacefully conduct the polling and implement the code of conduct issued by election commission under election laws and criminal procedure code
(Cr.PC) and authorized for a summary trail.

Dangers for those who disagree in Thailand!