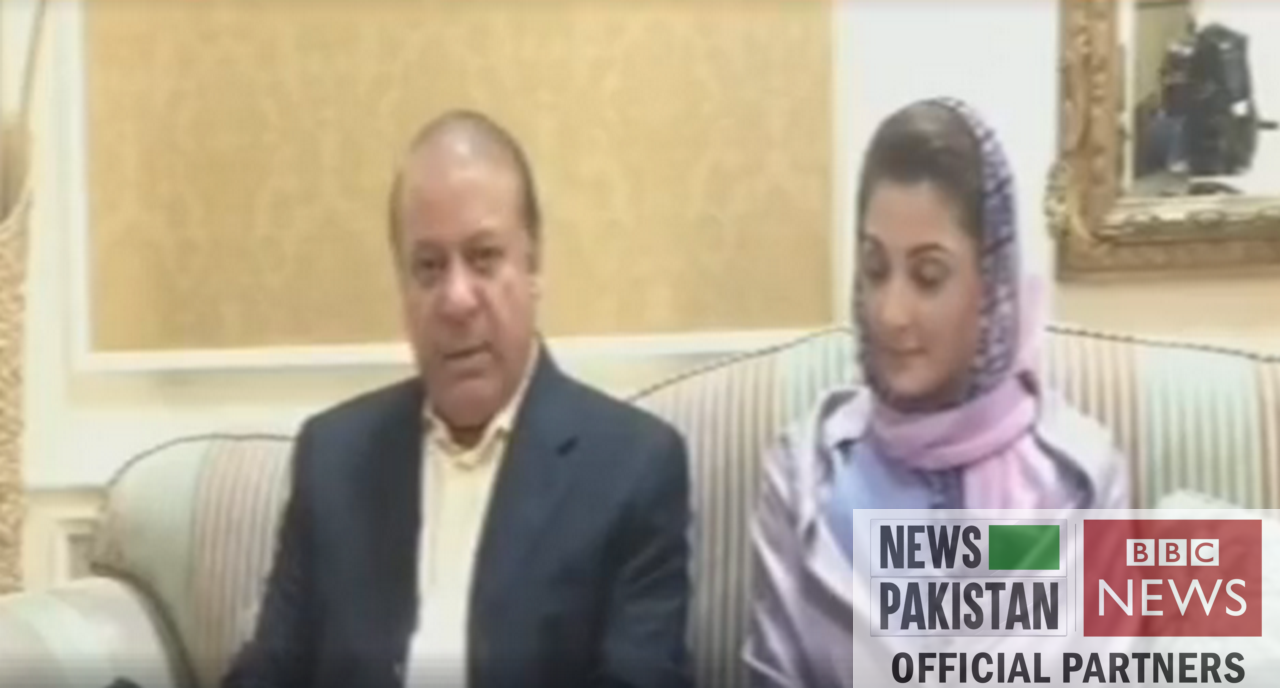 LONDON: While addressing a presser here after the announcement of Avenfield reference case verdict ousted prime minister of Pakistan Nawaz Sharif said that he would go back to Pakistan as soon as his ailing wife Kulsoom Nawaz gets better.

On the other hand sources in National Accountability Bureau (NAB) have made it clear that the father-daughter duo would be arrested as soon as they land in Pakistan.

Nawaz Sharif said that he was being victimized for attempting to change the 70-year-old history of the country. He said that he would endeavour to free people of his country of the chains they were kept: “I will continue my struggle till the people of Pakistan are not freed of the slavery imposed on them by some generals and judges.”

He said if demanding respect for the vote was jail he would go to Pakistan to face that and would not be a salve to those who violate their oath and the country’s Constitution.

Claiming that he was giving sacrifice for the Pakistanis, Nawaz Sharif said: “I am asking the nation to come with me in this defining moment and not abandon me. Let’s change Pakistan, we have been waiting for this day for a long time, it is here now and there is no room for hesitation.”