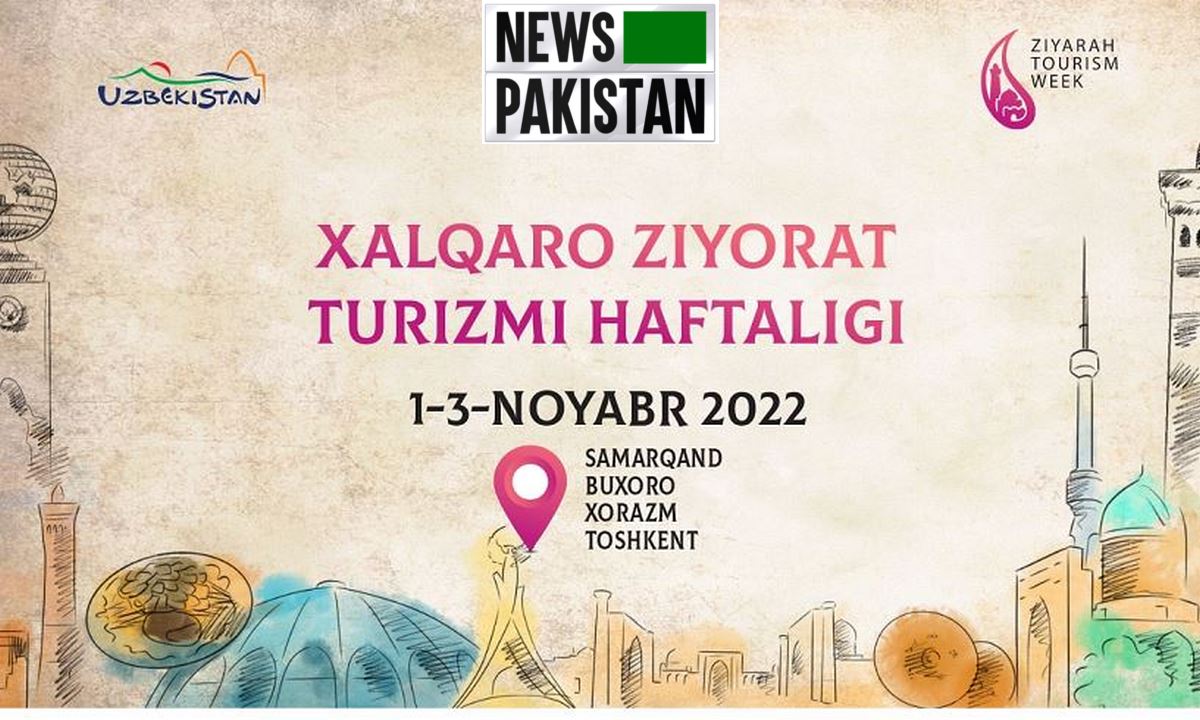 ISLAMABAD: The speakers at the tourism (Ziyarah) conference held in Uzbekistan said that the potential of Islamic tourism is US $230 billion by 2028 which can play a significant role in the economic integration of Islamic counties.

They said that currently the population of the Muslim world is 2.3 billion, which is 27 percent of the world’s population, which has a great potential for economic activities and tourism.

The Tourism (Ziyarah) conference and ” International Ziyarah Tourism Week” was held in Samarkand (Uzbekistan) organized by the Uzbekistan’s Ministry of tourism and Cultural heritage.

The Speakers said that every year 160 million Muslim tourists do religious duty or other international tourist tours, whose number will increase to 230 by 2028.

In this year 2022, 150 delegates from different countries are participating in this tourism (Ziyarah) Conference years 2022, and they will give their opinions for the promotion of Islamic tourism during this time, he said.
Deputy PM said that this has been officially declared as the year of tourism in Uzbekistan and Islamic tourism has great potential in Uzbekistan.

He said that the cities of Samarkand, Bukhara and Khiva of Uzbekistan cities have shrines of Saints and schalors, and along with that, many famous Muslim scholars and scientists were born in this country,who gained world fame in their field.
Aziz Abduhakimov said the tourism Conference to be held in Uzbekistan will increase the tourism integration with all the Muslim countries of the world.

He said that holding such a conference would strengthen Uzbekistan’s partnership with other countries in the future and promote local tourism.

He said that there is a lot of potential for Islamic tourism in Uzbekistan which can be visited by tourists from Islamic countries.

Uzbek Deputy PM said that the leadership of Uzbekistan is paying full attention to the promotion of tourism here and tourism has a very important role in the economy of any country.

He said that according to the vision of the President of Uzbekistan Shavkat Mirziyoyev tourism has a very important place in the economy of Uzbekistan and special attention is being paid to it.

He said that the government of Uzbekistan is promoting direct flights with various countries of the world, which will improve economic, trade and tourism links with these countries.

He said that apart from this, “we are also relaxing the visa policy and providing ease in the visa process for tourists,”

He said that in the last ten months till October 30, 3.6 million tourists visited Uzbekistan and in the next two months this number is likely to reach 5 million.

The minister said that this number is 40 percent more than the number of tourists visiting Uzbekistan in 2021.

He said that the United Nation body, UNESCO has declared Samarkand as the best destination for international tourism.

He said that there are all kinds of facilities for tourists from Islamic countries in Uzbekistan, including halal food, which they can take advantage of.

He said that Uzbekistan is currently on top in the Global Muslim Tourist Index and thus many global rating agencies have declared Uzbekistan as the best place for tourism.

The Deputy PM said that Samarkand is the tourism hub of Uzbekistan where there are great opportunities for tourism. In this way, “we are providing modern tourism facilities and all kinds of infrastructure in this place, which will boost the local tourism.”

He said that Samarkand is also the world center of Islamic cultural heritage and science, where great scientists and sociologists and scholars of world fame were born.

On the occasion while addressing the tourism (Ziyarah) conference, Director General of Islamic Tourism Centre( Ministry of Tourism ,Malaysia), Dr Muhammad Razip Hasan said that Uzbekistan has its origin and has a huge potential in Islamic tourism which can improve the economies of Muslim countries.

He said that currently 70 percent of the world’s young population is in Muslim countries, which can play an important role in such activities.

Razip Hasan said that tourism is the backbone of modern economy, on which Muslim countries need to work.
He said that tourism has a very important role in the Malaysian economy and our government is paying a lot of attention to its facilities.

On this occasion, Fazal Bahardeen, an expert on Islamic tourism and halal market and researcher, said that Islamic tourism has a huge value in the global economy, which will reach $230 billion in the next 6 years.

He said that Islamic tourism has a lot of potential in Uzbekistan, Saudi Arabia and Iran, Pakistan and Iraq. Similarly, in the present era, there is a potential of $2.5 trillion in the world market of Halal food products, from which Islamic countries can get economic benefits.

He said that if this sector is accepted at the official level, economic integration can also happen in Muslim countries.

Lack of date processing and other facilities in Balochistan