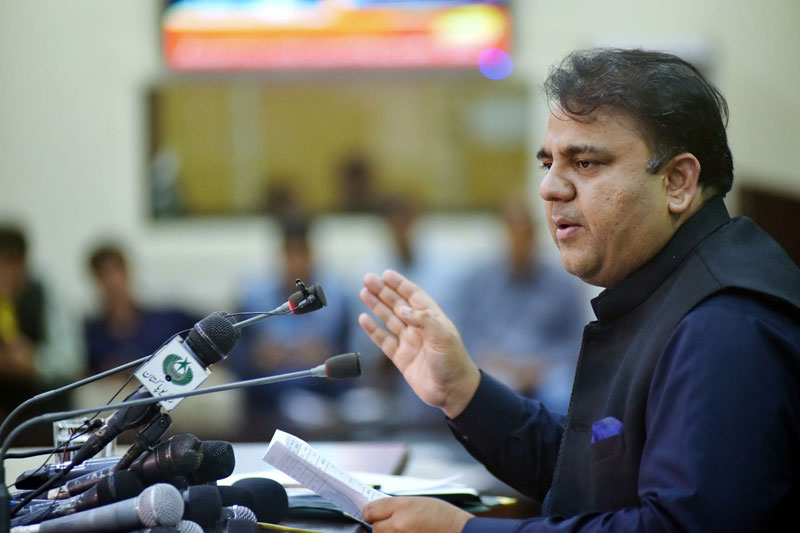 ISLAMABAD: Minister for Science and Technology, Chaudhry Fawad Hussain on Sunday said that Pakistan Peoples Party and Pakistan Muslim League-N, have lost future in Pakistani politics.
Both the party leaders had been playing the politics of grabbing powers in the country, he stated while talking to a private television channel. The PPP, he said had become the party of interior Sindh. While the PML-N, had lost popularity in country’s politics due to corruption and money laundering cases, he added. Commenting on role of Opposition in Pakistan, he said the Opposition parties were trying to derail the system through pressure tactics and long march. These political party leaders were also trying to drag establishment into the politics, he stated. Appreciating the efforts of ruling party for free and fair elections, he said Pakistan Tehreek e Insaf (PTI), government had tabled the bill before the assembly to hold Senate elections with open balloting. Conducing upcoming Senate elections with show of hands could halt horse trading like issues in future, he added.