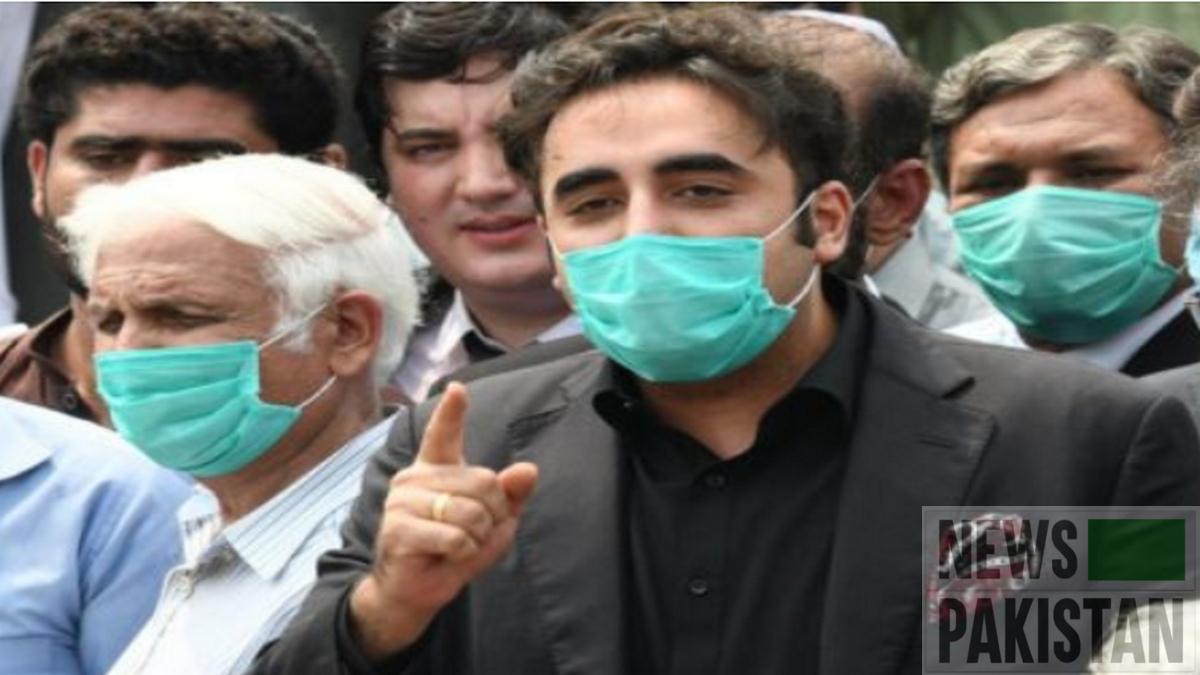 ISLAMABAD: Chairman PPP-P Bilawal Bhutto Zardari while talking to Media here outside an Accountability Court (where his father had attended the toshakhana reference hearing) said that NAB could arrest his entire family but it still won’t deter him from changing the PPP’s stance on democracy, the National Finance Commission and the 18th Amendment.

According to Bilawal Bhutto Zardari his lawyers and public were not allowed to enter the Accountability Court and Police force of the entire city was deployed at the court’s premises.

He pointed out that today all the roads to the NAB court were blocked to stop people from witnessing the injustices meted out to PPP leadership.

He said despite pressurizing tactics of incumbent PTI-led government PPP would never compromise on the 18th Amendment:  “We are feeling that there is pressure on us, we are being threatened so that we can tow the same line.”

Grasping at the opportunity to comment on 17th August (the day when dictator General Zia-ul-Haq died in plane crash) Biawal Bhutto stated: “Today is August 17, every jiyala remembers August 17…PPP has faced the dictatorships of Yahya Khan, Zia-ul-Haq and Musharraf.”

He told that even counsels of President Zardari, Advocate Farooq Naik and Sardar Abdul Latif Khosa were stopped and mishandled by the police. Several senior lawyers of Supreme Court were also stopped.

He asked whether that was a tactic to pressurize judges or the PPP: “Is it an independent state? What did they want to hide from the judges of the Supreme Court and the people of Pakistan? The entire Islamabad police was deputed for one court appearance”.

Bilawal Bhutto Zardari stated that the PPP was being pressurized for 18th Amendment and the NFC but PPP will not change its stance on such vital issues: “If you want to arrest my entire family then do it but we will not compromise on the economic rights of the people and the constitution of Pakistan”.

He said that the PPP had always respected courts: “The PPP is still expecting justice by the courts in Shaheed Zulfikar Ali Bhutto’s case”.