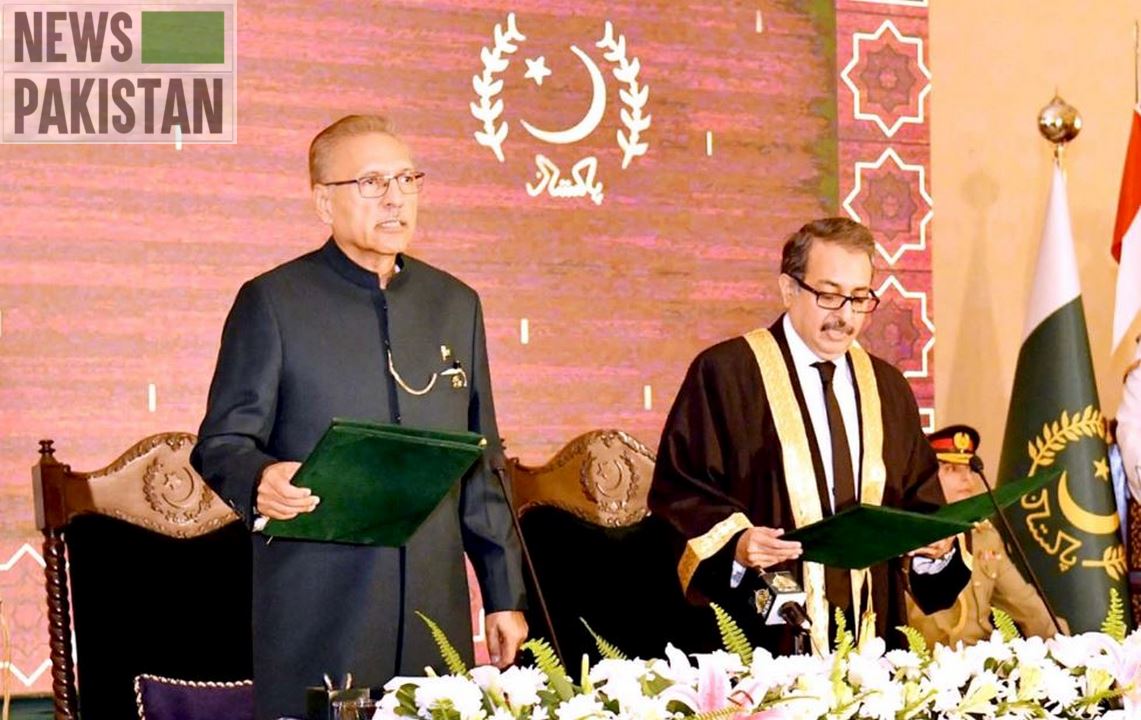 ISLAMABAD: President Dr Arif Alvi on Friday (11th of November, 2022) administered the oath of office to Justice Aamer Farooq as the Chief Justice of Islamabad High Court (IHC), at an oath-taking ceremony, held at Aiwan-e-Sadr.

The President had approved the appointment of Mr. Justice Aamer Farooq, Senior Puisne Judge, JC as Chief Justice of Islamabad High Court, under Article 175A (13) of the Constitution of Pakistan, 1973.

Justice Aamer Farooq is a graduate of London University, UK. He earned his Barrister-at-Law degree from Lincoln’s Inn, London in the year 1993.

SC judges, representatives of the Bar Council, senior lawyers, law officers, judicial officers and staff as well as the families of the three judges attended the swearing-in ceremony.

After the oath-taking, the total number of judges in the apex court has increased to 15.

500 children take part in US Embassy-funded camp at Police Lines!

Powers are being shifted from Isloo to Rawalpindi, says Senator Farhatullah Babar