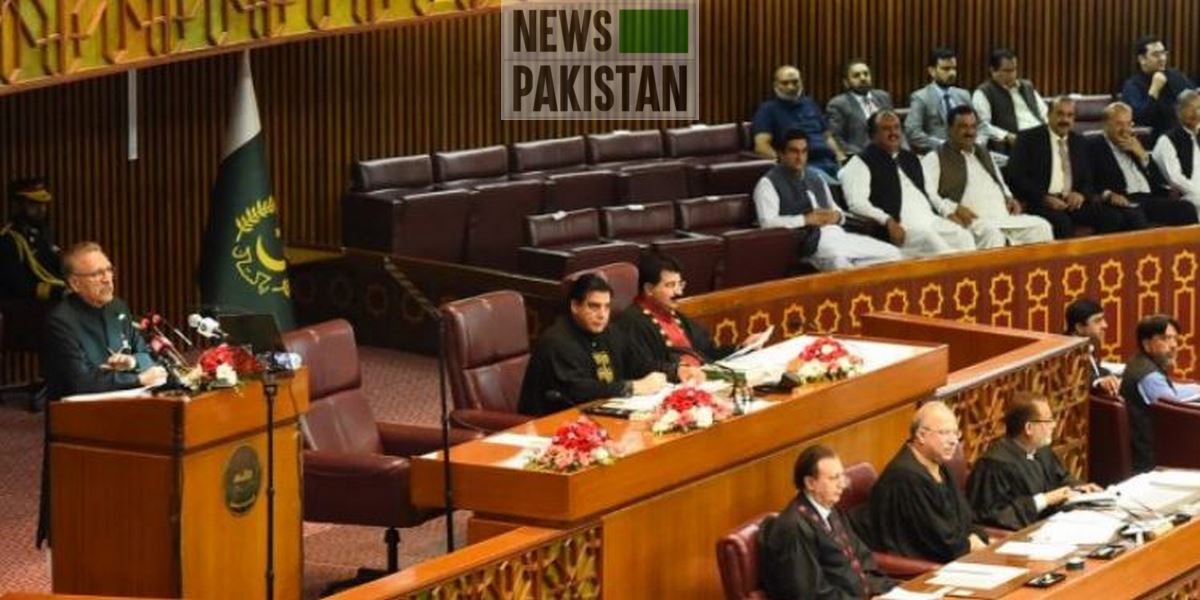 ISLAMABAD: President Arif Alvi has urged the political leadership to do away with political polarization and promote unity as espoused by founding fathers to exploit the true potential of this great nation.

Addressing the joint sitting of Parliament in Islamabad on Thursday, he said this is the election year but a decision regarding the election date has to be decided by the political parties through dialogue.

Regarding freedom of expression, he said an independent and free media is utmost necessary for a vibrant democracy.

The President also appreciated the government decision to investigate the recent leaked audios of various leaders.

Arif Alvi stressed need for construction of dams to avert devastating floods in the country saying this will also help store water for use in difficult times.

He appreciated federal and provincial governments, NDMA, PDMAs and the armed forces for their timely response to the flood relief activities.

He expressed satisfaction over the international focus on the floods in Pakistan, saying the UN Secretary General visited Pakistan to see the ground situation.

Referring to the losses inflicted by floods on the agriculture sector, the President suggested a crop insurance scheme for the farmers to compensate for their losses.

The President said special focus should be given to bring improvement in the health and education sectors.

Referring to the importance of the cyber world, he said that we need to improve our policies in this regard to ensure cyber security of important institutions.

The President was appreciative of the initiative taken by BISP to deal with the issue of malnutrition.

Saudi Crown Prince’s visit to Pakistan: MoUs worth $10b expected!