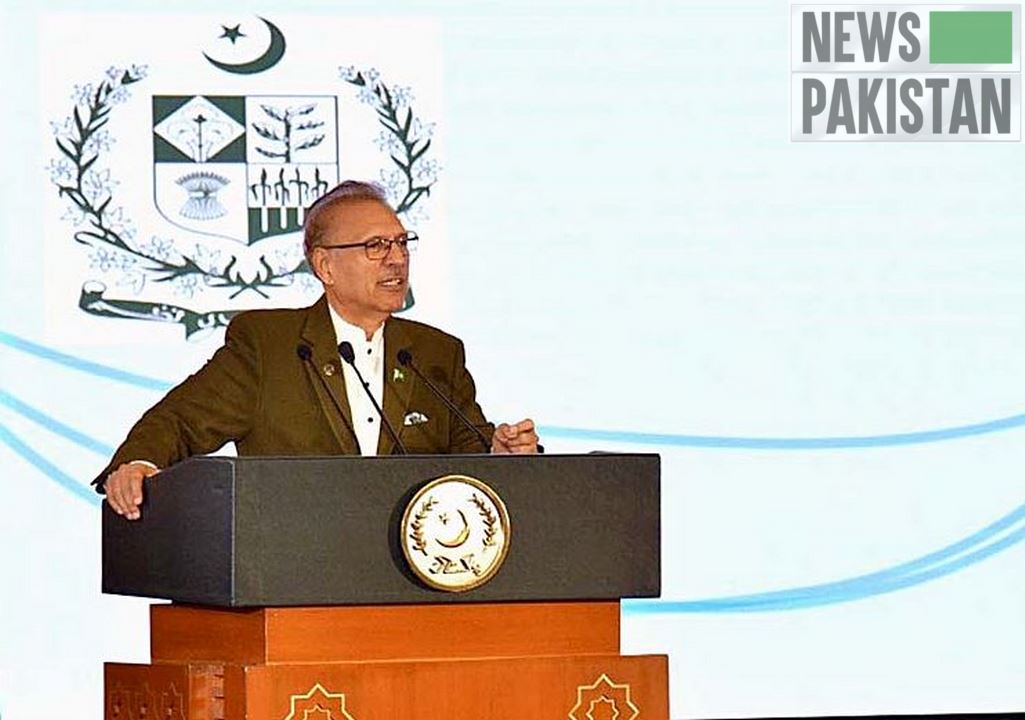 ISLAMABAD: President Dr Arif Alvi on Tuesday urged the need to prevent and better manage diabetes, which was a silent killer, by focusing on promoting a healthy lifestyle.

The healthy lifestyle may include regular exercise, diet spread, weight control, avoiding overeating and early diagnoses and proper management of this disease to reduce the disease burden which was third largest in the world after China and India, he added.

The President made these remarks while addressing a ceremony held here to commemorate World Diabetes Day.

The ceremony was attended by Ambassador of Denmark to Pakistan, Jakob Linulf, Vice Chancellor of Health Services Academy, Dr Shahzad Ali Khan, health professionals and others.

Addressing the ceremony, the President expressed his concern over the high prevalence of diabetes in the country.

He noted that Pakistan was the third largest country in terms of diabetes prevalence, over 33 million were diabetic and 400,000 people died every year due to diabetes and other complications of this silent-killer disease.

The President also called for launching effective, meaningful and persistent awareness campaigns through conventional and social media coupled with organizing symposiums, workshops and conferences and public meetings and by making IT interventions which may include WhatsApp chatbots, web-based and cell phone-based applications, and call and text messages.

He said that the progress and prosperity of the nation hinged upon the quality of its human resources which was only possible when the nation was educated and healthy.

The President said that prevention and optimal management of diabetes could lower the risk of other diseases as well, and in the worst-case scenario diabetes could cause blindness, amputations of affected parts, kidney failure, heart attack, depression and in some cases suicide.

He said the government should think of introducing creative and meaningful incentives for pursuing a healthy lifestyle and reducing non-healthy habits such as smoking, artificial drinks, junk and highly processed foods and beverages, and having high sugar and salt content.

“People should adopt a healthy lifestyle and a healthy diet for the effective management of their blood sugar and for overall better health to save our tomorrow”, he added.

The President said that being a nation with limited financial and economic resources, we could not afford the curative treatment which was very expensive and secondly, we did not have enough health facilities and trained human resources to provide curative treatments to all the patients.

He further stated that our national focus should be on the preventive cure which could be catalysed by creating awareness as although over 33 million Pakistanis had diabetes but only 10% of them were aware that they were suffering from this deadly disease.

The President called upon relevant stakeholders to make use of the experience gained by our healthcare providers during polio vaccination campaigns and COVID-19 campaigns where Pakistan adopted out-of-the-box solutions and managed to save the lives and livelihoods of our people.

He further said that this experience could help us in the prevention of diabetes and its proper and cost-effective management.

He said that non-communicable diseases were also on the rise in Pakistan. He said that Pakistan was number three in the world with the highest number of diabetes cases and approximately 33 million people were diabetic.

He said that affluent people should avoid consuming excessive food to avoid weight gain and obesity which eventually became the prime reason to contract diabetes and allocate the food saved to the unprivileged segment of society to prevent hunger, stunting and malnutrition.

He highlighted that various interventions had been introduced in the country with the collaboration of national and international partners and stakeholders to launch preventive awareness campaigns about diabetes in general masses and strengthen the curative infrastructure in the country to provide cost-effective treatments to the patients.

Ambassador of Denmark, Jakob Linulf, said that diabetes was a very critical health challenge and we needed to change our lifestyle to tackle it. He said that Denmark would always support and share its experience with Pakistan with regard to the disease.