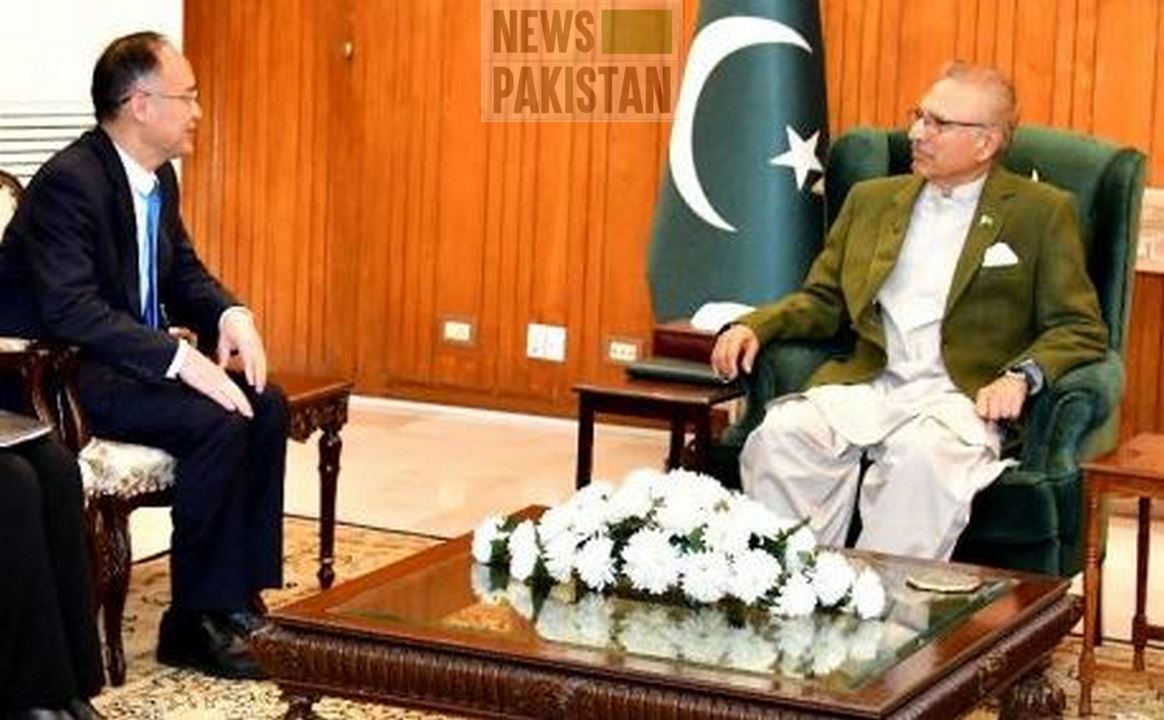 Talking to the outgoing Chinese Ambassador Nong Rong here at the Aiwan-e-Sadr, the president said under the China Pakistan Economic Corridor (CPEC), 19 projects were completed, 28 were under construction, and 41 were in the pipeline.

President Alvi said CPEC was a transformational flagship project of the Belt and Road Initiative, which had the potential to act as the pivot of regional peace and connectivity.

The expeditious completion of four broad clusters of cooperation – Gwadar Port and its auxiliary features, energy projects, transport infrastructure and industrial cooperation including the development of Special Economic Zones (SEZs) – would change trade, business and investment outlook of the country, he said.

The president observed that with shifts underway on the world stage, there was a need to further expedite the progress on CPEC so that the goods should start moving from South China to the Gwadar Port and upward in a regular manner.

The second phase of CPEC should be pursued expeditiously to promote agriculture; innovation and IT sector; industrial cooperation; livelihood generation and poverty alleviation; automobiles, textiles and leather manufacturing; and shifting of Chinese industries to Pakistan wherever possible, he added.

The president said that the signing of China-Pakistan Free Trade Agreement in January 2020 had further liberalized the trade resulting in a significant expansion in trade volumes, noting that as per data for the first 11 months of 2021, bilateral trade reached a record high at $27.8 billion registering an increase of 60 percent with the corresponding period of 2020.

Pakistan’s exports amounting to $3.6 billion also registered an increase of 68% year over year, he added.

He conveyed his deepest gratitude to the people of China and President Xi Jinping for extending generous financial support to Pakistan which helped the country to deal effectively with the financial situation faced by it and during global warming-induced super floods last year which proved helpful in alleviating the suffering of the flood affected persons.

He said the Chinese grant to the Presidency would be used to build a digital outreach platform to provide help to people under stress or facing mental health issues.

He said the First Lady during her upcoming visit to United Kingdom would engage the psychologists and psychiatrists of the Pakistani diaspora in the United Kingdom to seek their active involvement to provide online counselling and advice to people facing mental health situations.

The president expressed the hope that the approaching year of the Rabbit would be monumental for Pakistan-China relations.

He appreciated the outgoing ambassador for representing China with dignity and grace in the best traditions of Chinese diplomacy and wished him success in his future professional assignments.
APP