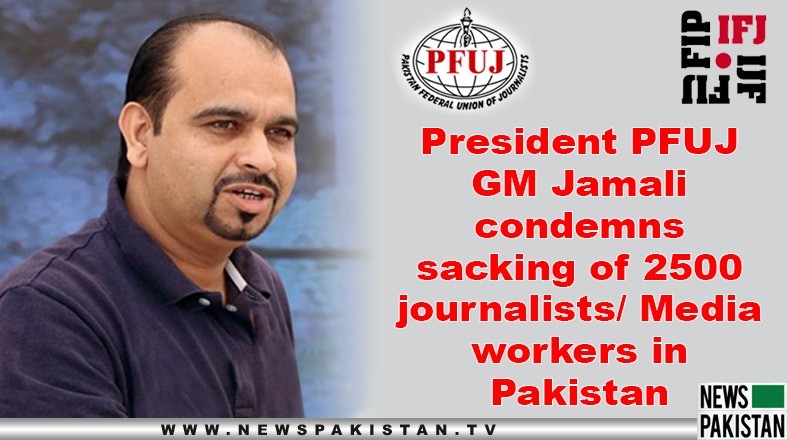 KARACHI: President PFUJ GM Jamali, while condemning the closure of numerous publications in Pakistan, said that sacking of 2500 journalists has economically shattered them.

President PFUJ GM Jamali expressing his profound distress over en masse dismissal of journalists and Media workers urged Prime Minister Imran Khan, Information Minister Fawad Chaudhry and Sind Government to take notice of this move by Media House owners. GM Jamali maintained that shutting publications was not only an attempt to suppress the freedom of expression but also to lead journalists/Media workers towards committing suicide.

He urged the concerned authorities to terminate the declarations of all such newspapers that have been closed down (including Daily News and Awam) to discourage dummy publication and/or later launch with a different approach. Crisis thus caused will be discussed in a joint meeting of PFUJ, KUJ & APNEC at KPC on Monday.

PSX: Bulls seen raging all over the bourse!