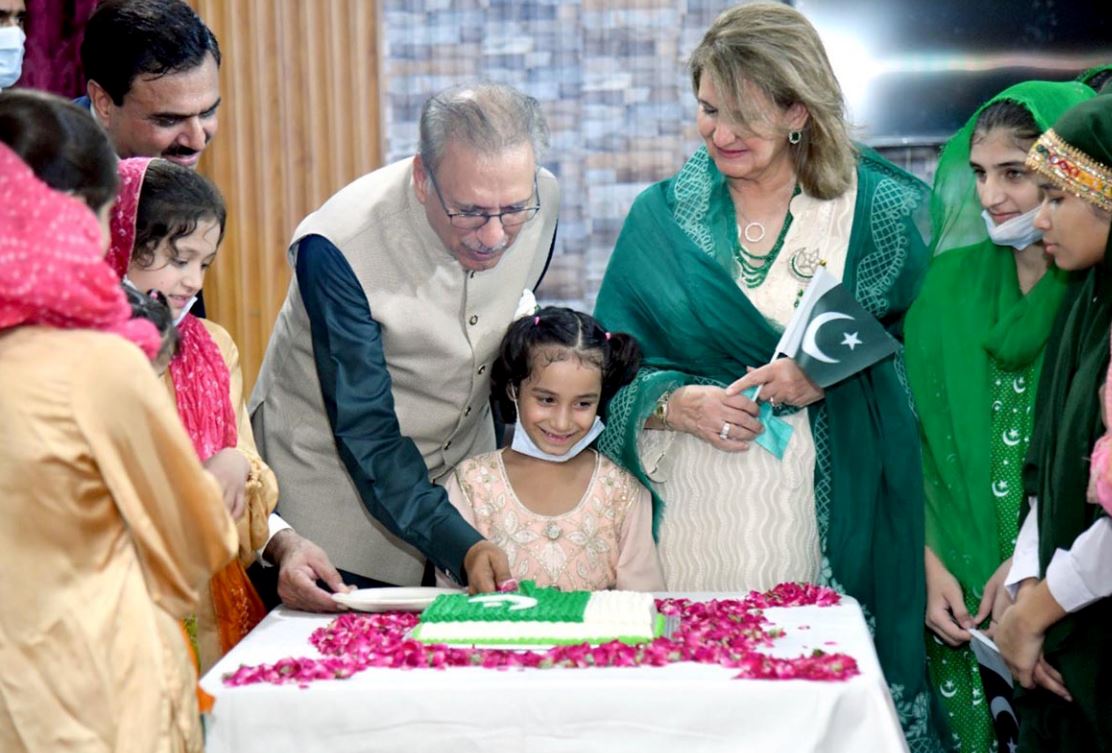 RAWALPINDI: President Dr Arif Alvi on Sunday (14th of August, 2022) said that Pakistan was an independent nation and Pakistanis achieved their freedom from the British after an intense struggle and people won’t submit to anyone in future.

The president also underlined that inclusion of girls in the national mainstream was imperative for development of the country.

Addressing a ceremony, in connection with 75th Independence Anniversary Celebrations, along with First Lady Samina Arif Alvi at Kashana, a shelter home for the destitute and orphaned girls, he said that their children were the future of Pakistan.

He said Quaid-e-Azam always emphasized upon the role of women in the country’s development.

Highlighting the significance of taking care of orphans in Islam, the president appreciated the institute for providing facilities of food, residence and education.

Dr. Arif Alvi said it was the responsibility of the state to provide adequate opportunities to children for education, moral training and employment.

He advised girls to work hard to acquire education.

Recalling sacrifices of the forefathers in the Pakistan Movement, the president said that millions of people died during independence movement.

The president urged the need to avoid back-biting (Gheebat), saying that fake news and disinformation spread rapidly on social media and younger generation needed to be educated to distinguish between fake news and real news.

The president and the first lady also participated in a cake cutting ceremony.

Coronavirus: 15-day Lock-down to be imposed in Sindh from midnight