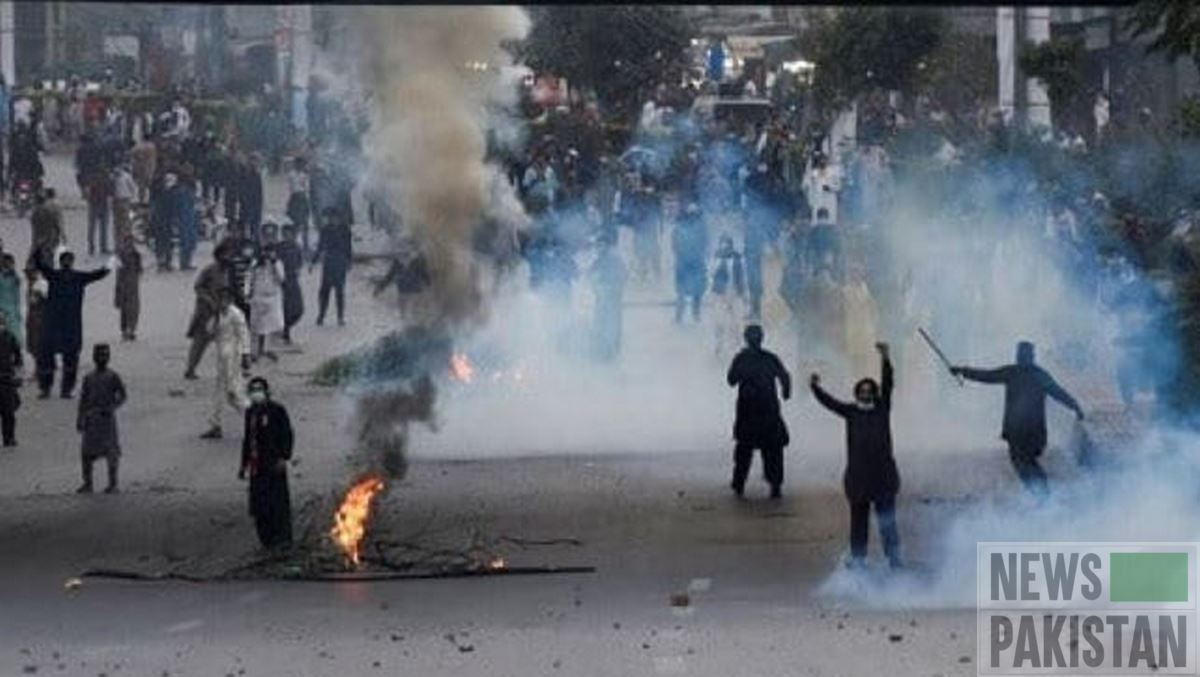 RAWALPINDI: Faizabad crossing was closed for all kinds of vehicular traffic by installing containers, while the citizens have been advised to use alternative routes to reach Islamabad and Rawalpindi.

Due to the closure of the Faizabad flyover, which connects Islamabad and Rawalpindi, severe problems were being faced by the citizens traveling to Islamabad through the flyover.

The closure of the main road of Rawalpindi led to severe traffic jams on Rawalpindi Double Road, IJP Road and Rawalpindi-Murree Road.

Ambulances were also reported stuck in the rush.

According to the traffic police, a diversion has been set up at Faizabad for those traveling from Islamabad to Rawalpindi via Murree Road, while the old airport road and stadium road can be used to enter Islamabad from Rawalpindi.

Police claimed that PTI workers blocked the road by placing containers to prepare for the rally, due to which the road from Faizabad to Islamabad was blocked.

According to City Traffic Police (CTP) spokesman, the CTP is making all-out efforts to regulate traffic on city roads while traffic going from Rawalpindi to Faizabad is being diverted from Double Road to 9th Avenue.

He advised the motorists to use Saidpur road to reach Islamabad while old airport road can be used to reach Rawalpindi.

He said all the roads of Rawalpindi city were open for vehicular traffic.

He further informed that CTP on the directives of City Traffic Officer Tamoor Khan had finalized special diversion plans to regulate traffic on city roads during Pakistan Tehreek-e-Insaf (PTI) rallies and public meeting.

Enhanced number of traffic wardens would be deployed on alternative routes to ease traffic flow and facilitate the road users, he said adding, CTP were also try to spread awareness about up-to-date traffic situation through FM 88.6 and social media.

750 traffic wardens and officers would also be deployed to ensure foolproof traffic arrangements in Rawalpindi.