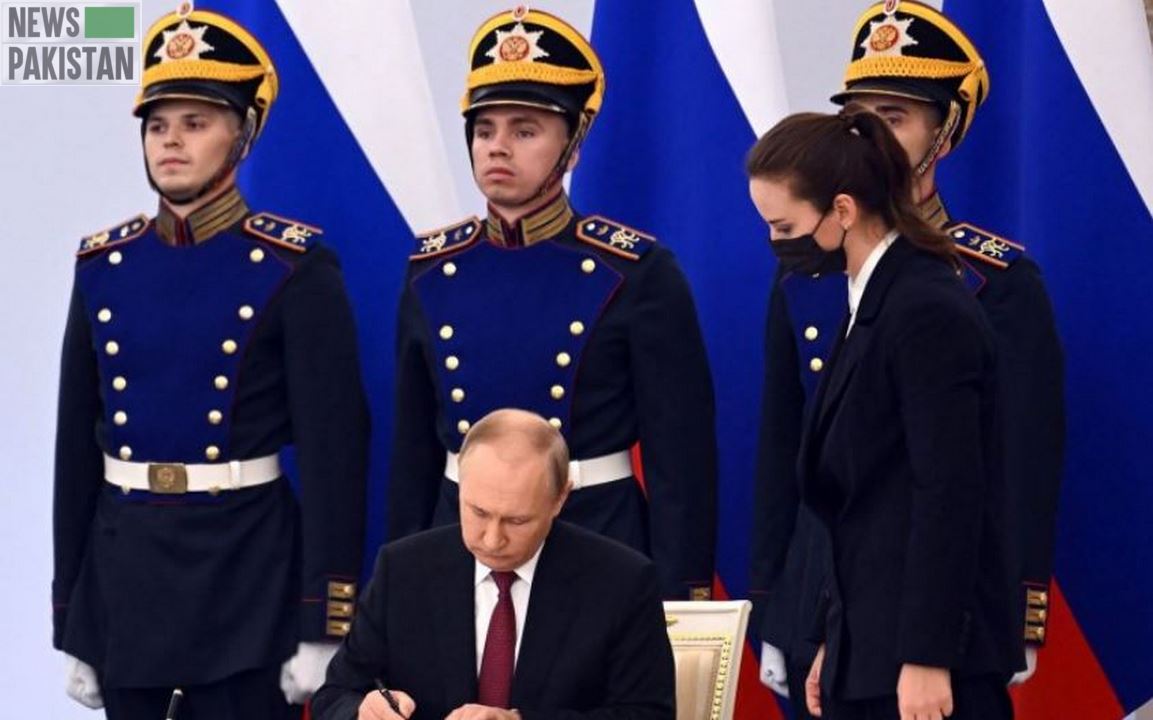 MOSCOW: Russian President Vladimir Putin said Wednesday (5th of October, 2022) that he expected the situation in Ukrainian regions annexed by the Kremlin to “stabilize”, after Moscow suffered military setbacks there, losing several key towns to Kyiv.

“We are working on the assumption that the situation in the new territories will stabilise,” Putin said during a televised video call with Russian teachers.
He said that results of so-called referendums to join Russia organised by Moscow in regions captured by its army were “more than convincing.”
“In all honesty, the results of the referendum not only pleased me, but also surprised me,” Putin said.
“They are not subject to any doubt.”
The West and Ukraine decried the voting — organised hastily by Moscow as Kyiv’s forces advanced — as a sham.
Putin annexed four Ukrainian regions in a grand Kremlin ceremony last week, declaring their residents would be Russian “forever”.
He spoke as the Russian army in Ukraine has suffered significant military losses in the annexed regions.
Earlier on Wednesday, Moscow vowed to take back land lost to Kyiv.

At UN, Pakistan calls its actions to combat terrorism ‘robust’