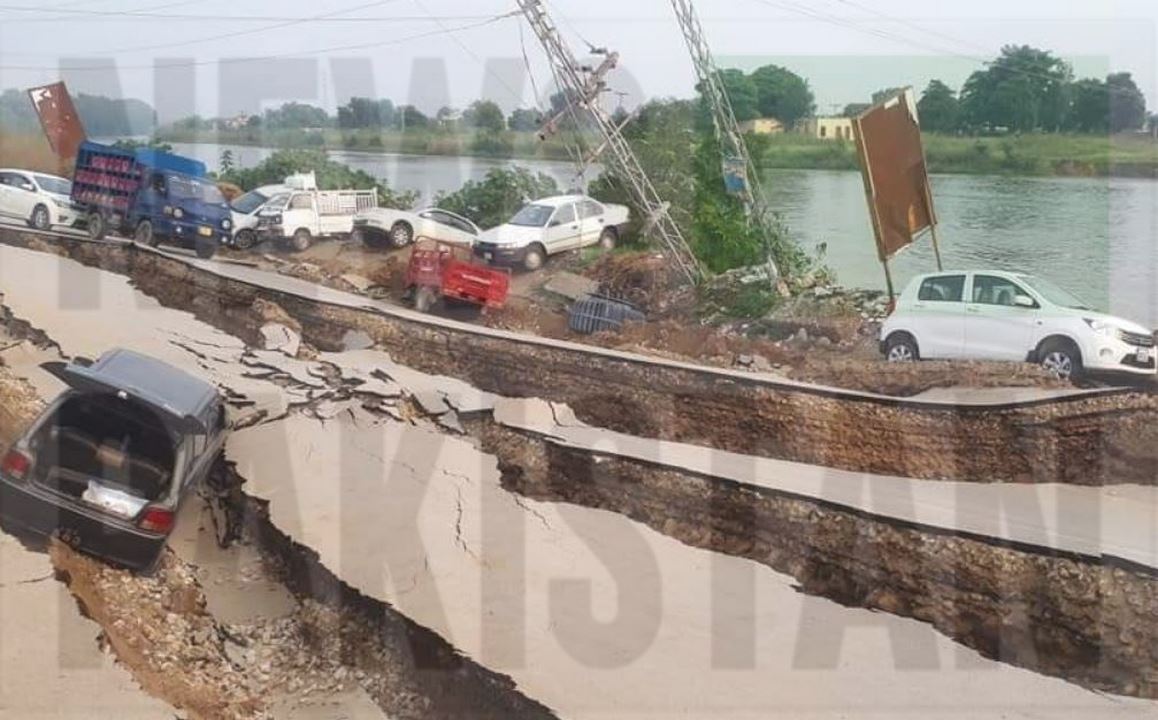 ISLAMABAD: Prime Minister Shehbaz Sharif has urged the international community to help Pakistan in rehabilitation and reconstruction for millions of flood-affected people, and play a judicious role to improve resilience and adaptability of the Pakistani nation.

The prime minister, in his message to the nation on the annual National Resilience Day being observed on Saturday to commemorate the 8th October, 2005 earthquake, said once again, Pakistan had been worst hit by a climate-induced disaster in the form of floods. As a result, 1,696 precious lives were lost, 12,867 people sustained injuries and over 33 million people were affected.

The prime minister said 8 October was observed annually as the National Resilience Day in the country to express solidarity with the people of Azad Jammu and Kashmir and rest of Pakistan, who suffered human and other losses due to the disasters.

“The day is also a reminder that we live in a region marked as highly vulnerable to disasters. Pakistan is the 7th most disaster vulnerable country in the Climate Risk Index,” he remarked.

Over the years, he said, Pakistan had witnessed multiple natural disasters in the form of earthquakes, floods, GLOF events, cloud bursts, unprecedented rainfalls and severe heat waves, forest fires which caused loss of precious lives, not to mention loss of millions of dollars.

He said the recent floods perished a million livestock, damaged four million acres of crops besides causing widespread damage to communication infrastructure. Sindh and parts of Balochistan had been the worst hit and Pakistan had never faced a disaster of that scale, he added.

Prime Minister Shehbaz said the Federal Government along with the provincial governments had mobilized all resources at its disposal, including financial, administrative and organizational for rescue and relief of the affected people.

He said on the request of provincial governments, the Pakistan Army had been mobilized to help in rescue, relief and other disaster related activities. Besides, Rs 25,000 per household was being provided through the Benazir Income Support Programme in addition to food, shelter and medical aid in calamity-hit areas, the prime minister said.

He said the people of Pakistan, civil society, philanthropists, humanitarian organizations, UN agencies, NGOs, INGOs, academia and disaster management authorities deserved an appreciation for their efforts in rescue and relief activities. No country alone could deal with the disaster of such a massive scale, he added.

The prime minister said realizing the scale of the calamity, United Nations Secretary General Antonio Guterres paid a very timely visit to Pakistan, met the flood affectees, and appealed to the international community to help Pakistan.

He said since Guterres’ visit, there had been a number of bilateral and multilateral visits by various delegates to assess the situation as well as express solidarity with Pakistan.

The prime minister expressed gratitude to the international community, the UN and friendly countries for providing relief aid. “However, since the scale of catastrophe is very massive and water will take time to recede. Waterborne diseases, malnutrition and a looming winter pose challenges that will need substantial and sustained support from the Pakistani nation and the government, as well as the international community,” he added.

He reiterated that what Pakistan was currently going through in the form of worst disaster was not of its own making but was a result of climate change induced by global greenhouse gas emissions, to which Pakistan contributed less than 1%.

Shehbaz Sharif said the people of Pakistan had faced the disaster with courage and resilience.”I want to assure my people as well as the international community that the government is doing and will continue to do its best to take care of flood affected people by ensuring their timely rehabilitation, reconstruction and revival of economy,” he remarked.

He said cognizant of Pakistan’s disaster vulnerability, climate change and its serious implications, the government was committed to capacity enhancement of disaster management system, undertaking necessary legislation on the subject, promotion of risk sensitive governance, building resilient infrastructure and above all promotion of adaptation. “Together we shall succeed,” he commented.