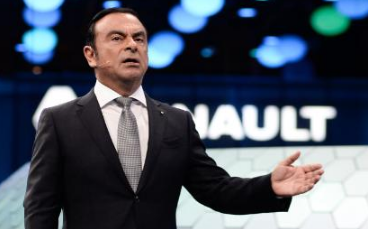 PARIS: The board of the French automaker Renault said today that it was keeping Carlos Ghosn as its chief executive after an internal review of his pay package found that it conformed with French law.
Ghosn has been held under arrest in Japan since November 19 on charges of financial misconduct and under-reporting his pay as head of Renault’s partner Nissan, which has since sacked him as chairman. He has also been dismissed as chairman of Mitsubishi, another partner in the Renault-Nissan alliance. Renault kept Ghosn on as CEO after his arrest in Tokyo, but launched an inquiry into his pay package and named a deputy CEO, Thierry Bollore, to ensure day-to-day management.
“The compensation of the chairman and chief executive officer of Renault and the conditions under which such compensation was approved were in compliance with applicable law,” the automaker said after a board meeting Thursday. The board said this referred to compensation for the years 2015 to 2018, adding that it had asked its lawyers to continue their review in liaison with Nissan’s lawyers.
Renault’s lawyers also provided the board with a report on a presentation made by Nissan’s lawyers, the statement said. At this stage, the board “does not have information concerning Carlos Ghosn’s defense,” it added. Both Ghosn and a key aide Greg Kelly, who is also being held in Japan in connection with the charges, have reportedly denied the claims.

Share on Whatsapp:
Tags: Renault board maintains Ghosn as CEO