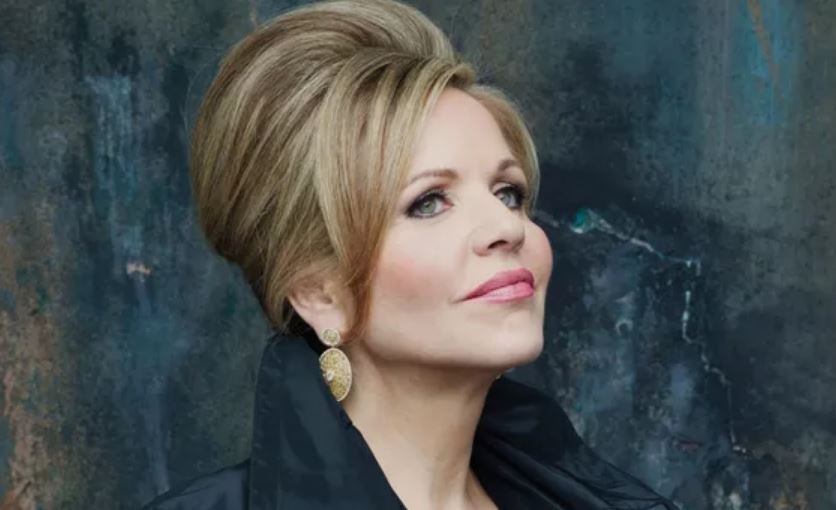 PARIS: Star US soprano Renee Fleming has found a new use for her world-class breath-control: helping people suffering from long Covid.

Last summer, the 63-year-old diva launched a new online initiative, “Healing Breath”, alongside other singers including Angelique Kidjo and several Broadway stars.
“We are experts in breathing. It’s the foundation of what we do — like swimmers,” she told AFP ahead of a performance at the Paris Opera this week.
“The idea is to enable long Covid patients, or any person with lung problems, to extend their breath,” she said.
Known as the ‘people’s diva’, the four-time Grammy winner is one of the biggest stars in the opera world and was the first woman to solo headline the opening gala of the New York Met in 2008.
Her new initiative sees singers sharing their favourite breathing exercises to help rebuild lung strength and provide physical and mental support for chronic sufferers.
But it is far from Fleming’s first foray into art therapy, which she says has become her “main passion”.
She has been working with multiple US bodies, including with the National Institutes of Health and New York’s Kennedy Center on “Sound Health” that explores how art therapy can be used with neurological disorders, anxiety and post-traumatic stress disorder.
“I had an interest in it always because of my own body, my own combination of having strange mind-body issues, of having pain relating to performance pressure and even stage fright,” she said.
Fleming discussed her debilitating anxiety in her 2004 autobiography “The Inner Voice”.
“Every cell in my body was screaming ‘No, I can’t do this! When you get stage fright, you feel like you’re going to die,” she wrote.

Fleming is also advising experts at Johns Hopkins University on a “NeuroArts Blueprint” that aims to create a network of researchers and artists developing ideas around art therapy.
“What I would love to see happen is for the arts to be fully integrated into our healthcare system,” she said, praising efforts to do so in Britain and some US states.
“Music has been with us for at least 55,000 years judging by the musical instruments we have found, and probably much longer. It’s in our DNA to respond to music and arts.”
There has been resistance from medical professionals, but she said hospitals and therapists were increasingly seeing the positive results of simple tools like harmonicas and breathing exercises, and embracing them.
Fleming is making a long-awaited return to the Metropolitan Opera in New York in December after a five-year absence, starring in “The Hours” which was previously adapted as a film starring Meryl Streep and Nicole Kidman.
She will return to the Paris Opera next year for “Nixon in China” by John Adams.
“I am excited… it is such an important opera, it has become part of the standard repertoire, and with good reason,” she said.

Pooja Bhatt to make comeback to acting after 15 years