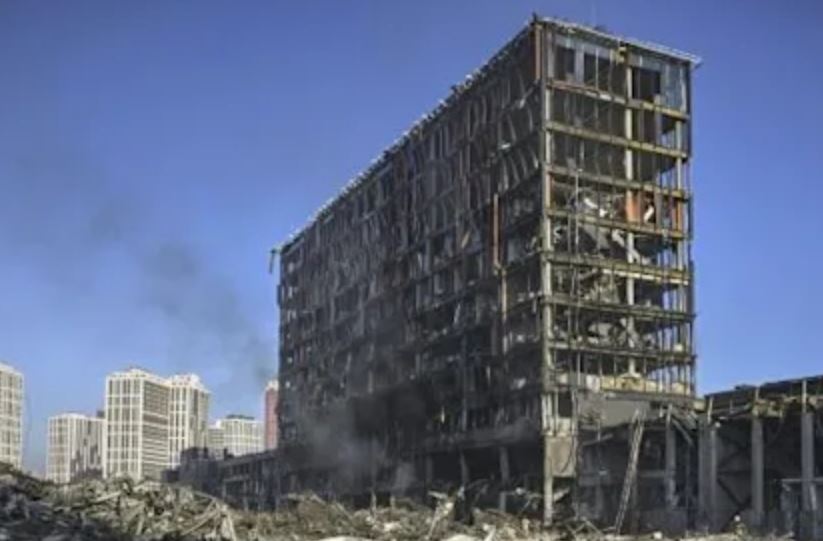 MOSCOW: Russia said Monday (21st day of March, 2022) that a shopping mall in the capital of Ukraine Kyiv, which was attacked and destroyed overnight killing at least eight people, was used to store rocket systems.

A square near the mall was used to store and reload ammunition for missile systems, Konashenkov said, playing a video of a khaki military vehicle driving close to the building.

The 10-storey building was hit by a powerful blast that pulverized vehicles in its car park and left a crater several metres (yards) wide.

Ukraine’s emergency services said “enemy shelling” had caused fires on several floors and released security camera footage showing a massive explosion and a mushroom cloud, followed by a series of smaller blasts.
In the night a huge blast shook the city and fires could be seen blazing in the mall.

People living in a housing block near the mall whose windows were shattered by the blast said they had seen a mobile rocket launcher near the mall for several days previously.

Konashenkov said that the Russian military’s aerial footage was “absolute proof of the criminal use by the Kyiv nationalist regime of civilian buildings… as firing positions for artillery and rocket systems”.