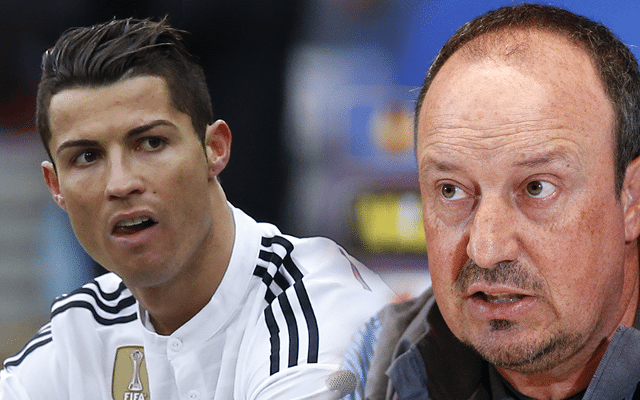 MADRID: Underfire Real Madrid coach Rafa Benitez will look to an in form Cristiano Ronaldo to drive the team forward against Valencia on Sunday as they aim to put behind them a disappointing 2015.

It was a year that promised so much after they put together a run of 22 wins to finish 2014 but they ended up being overshadowed by a dominant Barcelona that won five trophies and scored a Spanish record of 180 goals in the process.

Benitez was brought in by president Florentino Perez to replace the popular Carlo Ancelotti and end Barca’s hegemony but so far he has been unable to provide the results or the style of play to win over the fans.

Real lie third in La Liga on 36 points, two behind Barcelona and Atletico Madrid while the Catalans also have a game in hand.

However, the recent performances from Ronaldo, who has scored 12 goals in his last seven matches, has provided a boost.

He struck twice against Sociedad — which included scoring a penalty just before the interval having missed a spot kick 20 minutes earlier — to finish 2015 with 57 goals for club and country.

“He has been the driving force behind the team,” Benitez told a news conference.

“I congratulated him and the rest of the players who have been united. He was ready to accept the responsibility after missing the penalty and lift the team.

“Our aim is to win trophies this season and I think we are on the right lines,” he added.