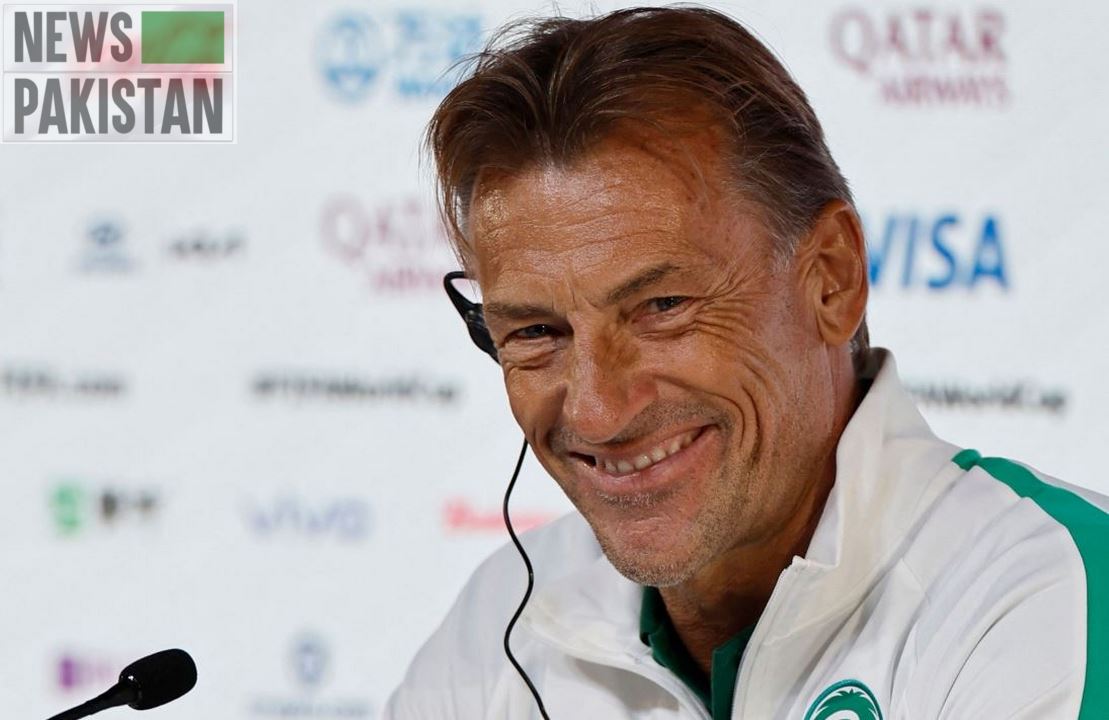 DOHA: Saudi Arabia’s French coach Herve Renard warned his players not to celebrate for too long after their “totally crazy” 2-1 win against Argentina in their World Cup opener on Tuesday.

The Saudis bounced back from conceding an early Lionel Messi penalty to produce one of the great World Cup shocks thanks to a Saleh Al-Shehri equaliser and a sublime Salem Al-Dawsari winner at the Lusail Stadium.

“All the stars in the sky were aligned for us, but don’t forget Argentina are still a fantastic team,” said Renard.

“This is football, sometimes totally crazy things can happen,” added the French coach, who previously led Zambia and the Ivory Coast to Africa Cup of Nations glory.

As for enjoying the moment, Renard was eager to look ahead to the Saudis’ next Group C matches against Poland and Mexico.

“(We can) just have a good celebration during 20 minutes and that’s all, there are still two more games.

“When you come to the World Cup, you need to believe in yourself, anything can happen in football.”

However, Renard said he was not entirely happy with his team, despite the stunning upset.

“Tactically we were not good in the first half. Our block was compact but our pressure on the centre-backs and (defensive midfielder) Leandro Paredes was not enough,” said the 54-year-old.

“If we had conceded a second goal at that time, the game would have been finished.

“During half-time I wasn’t happy because the pressure wasn’t good enough, the determination wasn’t good enough and when you come to the World Cup, you need to give everything. We can’t play as we did in the first half.”

And Renard said it would have been no surprise if Argentina had taken his side lightly.

“Sometimes the opposition does not have the best motivation, it’s normal, it also happened to us when playing lower teams.”