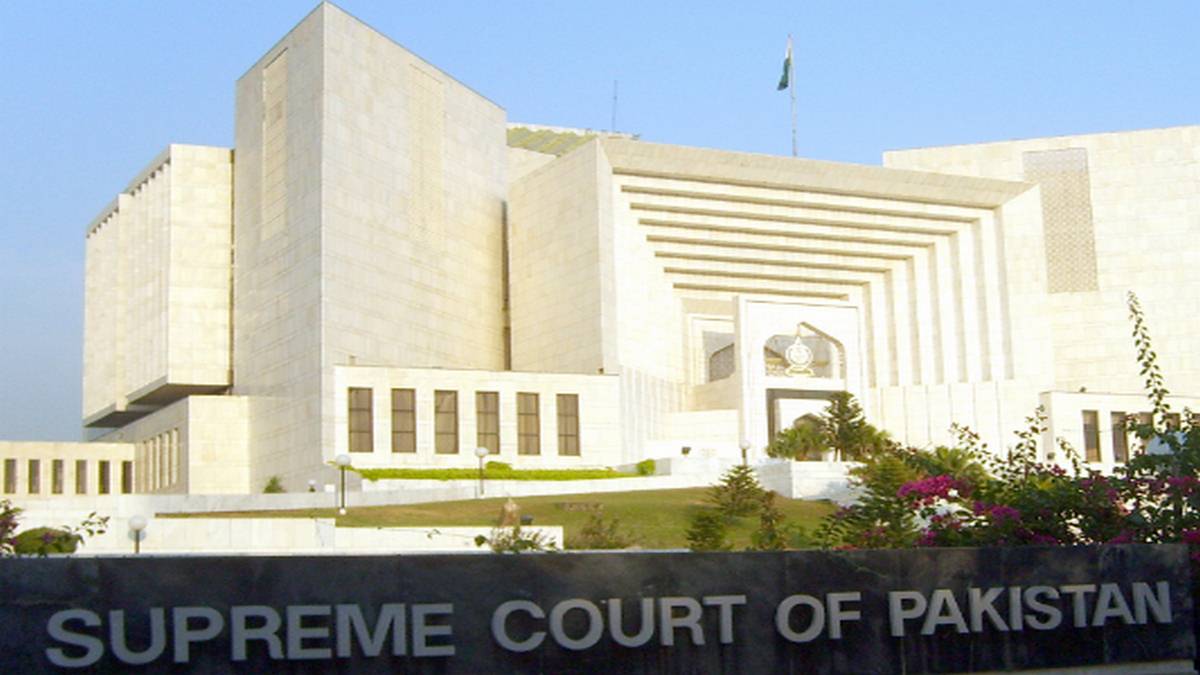 ISLAMABAD: SC has announced its judgment on the deputy speaker’s ruling here on Thursday (7th of April, 2022) in presence of the leaderships of various political parties.

In a unanimous verdict the 5-member bench has set aside the deputy speaker’s ruling of 3rd April, 2022 terming it a violation of the Constitution, contrary to the law and of no legal effect. SC proclaimed that the No-Confidence-Resolution was pending and subsisting at all times, and continued to so remain pending and subsisting.

Restoring the National Assembly and Cabinet the Court termed the PM’s letter to the President regarding the dissolution of assembly as illegal. SC maintained that the NA was in existence at all times, and continued to remain and be so: “The prime minister and federal ministers, ministers of state, advisers, etc stand restored to their respective offices as on 3rd of April, 2022”.

All the orders to form caretaker government have been revoked: “All actions, acts or proceedings initiated, done or taken by reason of, or to give effect to, the aforementioned order of the president and/or for purposes of holding a general election to elect a new assembly, including but not limited to the appointment of a care-taker prime minister and cabinet are of no legal effect and are hereby quashed.”

SC has ordered that voting on No-Confidence Resolution should take place on Saturday 9th of April, 2022 during a session to commence at 10.30am in the National Assembly.

Supreme Court has directed that no law-maker should be stopped from voting in the No-Confidence Resolution.

Apex Court has also directed if the No-Confidence Resolution is successful then the new Prime Minister should be elected immediately.

According to the verdict announced by the SCP: “…The assembly was at all times, and continued to remain, in session as summoned by the speaker on March 20 for March 25, on the requisition moved by the requisite number of assembly members on March 08 in terms of clause (3) of Article 54 of the Constitution.

“Any prorogation of the assembly by the speaker prior to its dissolution in terms as stated above is declared to be of no legal effect and is set aside.

“The speaker is under a duty to summon and hold a sitting of the assembly in the present session, and shall do so immediately and in any case not later than 10:30 a.m. on Saturday April 9, to conduct the business of the House as per the Orders of the Day that had been issued for April 3 and in terms as stated in, and required by, Article 95 of the Constitution read with Rule 37 of the Rules of Procedure and Conduct of Business in the National Assembly Rules, 2007.

“…the speaker shall not, in exercise of his powers under clause (3) Article 54 of the Constitution, prorogue the assembly and bring the session to an end, except as follows: If the resolution is not passed by the requisite majority (i.e., the no-confidence resolution is defeated), then at any time thereafter;

“…and if the resolution is passed by the requisite majority (i.e., the no-confidence resolution is successful), then at any time once a prime minister is elected in terms of Article 91 of the Constitution read with Rule 32 of the Rules and enters upon his office.

“If the resolution is passed by the requisite majority then the assembly shall forthwith, and in its present session, proceed to elect a prime minister in terms of Article 91 of the Constitution read with Rule 32 of the Rules and all other enabling provisions and powers in this behalf and the speaker and all other persons, including the Federal Government, are under a duty to ensure that the orders and directions hereby given are speedily complied with and given effect to.

“The assurance given by the learned Attorney General on behalf of the Federal Government in C.P. 2/2022 on 21.03.2022 and incorporated in the order made in that matter on the said date shall apply as the order of the court: the Federal Government shall not in any manner hinder or obstruct, or interfere with, any members of the National Assembly who wish to attend the session summoned as above, and to participate in, and cast their votes, on the no confidence resolution.

“This order of the court shall apply both in relation to the voting on the resolution and (if such be the case) in relation to the election of a prime minister thereafter. It is, however, clarified that nothing in this short order shall affect the operation of Article 63A of the Constitution and consequences thereof in relation to any member of the assembly if he votes on the resolution or (if such be the case) the election of a prime minister thereafter in such manner as is tantamount to his defection from the political party to which he belongs within the meaning of the said article.

“The order of the court made in SMC 1/2022 on 03.04.2022 to the following effect, i.e., “Any order by the prime minister and the president shall be subject to the order of this court” shall continue to be operative and remain in the field, subject to this amplification that it shall apply also to the Speaker till the aforesaid actions are completed.”

Leader of the Opposition Shehbaz Sharif commenting on the decision told that he had stated at the rostrum that it was an opportunity  for the Apex Court to  write history. He said today the Constitution was saved and the Apex Court had accepted the supremacy of Parliament.

Shahbaz Sharif while speaking at the rostrum termed the deputy speaker’s ruling as unconstitutional and stated that if the SCP rules it out the No-Confidence Resolution against PM Imran Khan would be restored.

Shehbaz Sharif also pointed out that constituencies could not be dissolved during the proceedings of No-Confidence Resolution.

Earlier Chief Election Commissioner while speaking at the rostrum said that the ECP was ever ready to hold elections.

Earlier, CJP Umar Ata Bandial said that the proceedings of the court were being held under Article 184 (3) as this was a public interest case. Apex Court observed that the deputy speaker’s ruling regarding dismissing the No-Confidence Resolution was wrong.

During the hearing on Thursday (7th of April, 2022) Attorney General of Pakistan Khalid Jawed Khan stated that he would not defend the deputy speaker’s ruling. Apex Court also noted that negative comments were being posted against the SCP in the Social Media (blaming it of delaying the announcement of verdict in the said case).

PTI Chief PM Imran Khan, against whom the opposition had tabled No-Confidence Resolution in the National Assembly (on 8th day of March, 2022) has stated that he would be accept the verdict of the Supreme Court of Pakistan.