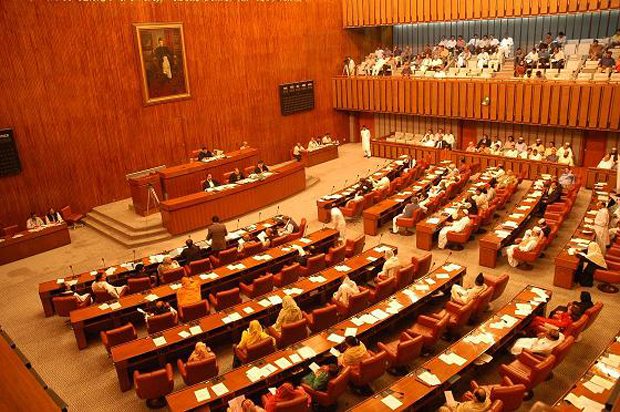 ISLAMABAD: The Senate has unanimously passed the Constitution (28th Amendment Bill, 2017) envisaging an extension in the military courts for two years.

The bill that had already been passed by the National Assembly was tabled in the Upper House of the Parliament by Law Minister Zahid Hamid.

The house also adopted a resolution to set up a Parliamentary Committee on National Security.

The amendment was passed by two-thirds majority with 78 lawmakers supporting the legislation and three opposing it.

During the last session of the Senate the government failed to ensure presence of 69 lawmakers ( Two-thirds majority).

Govt seeking IMF package due to damage to economy in past years: Qureshi