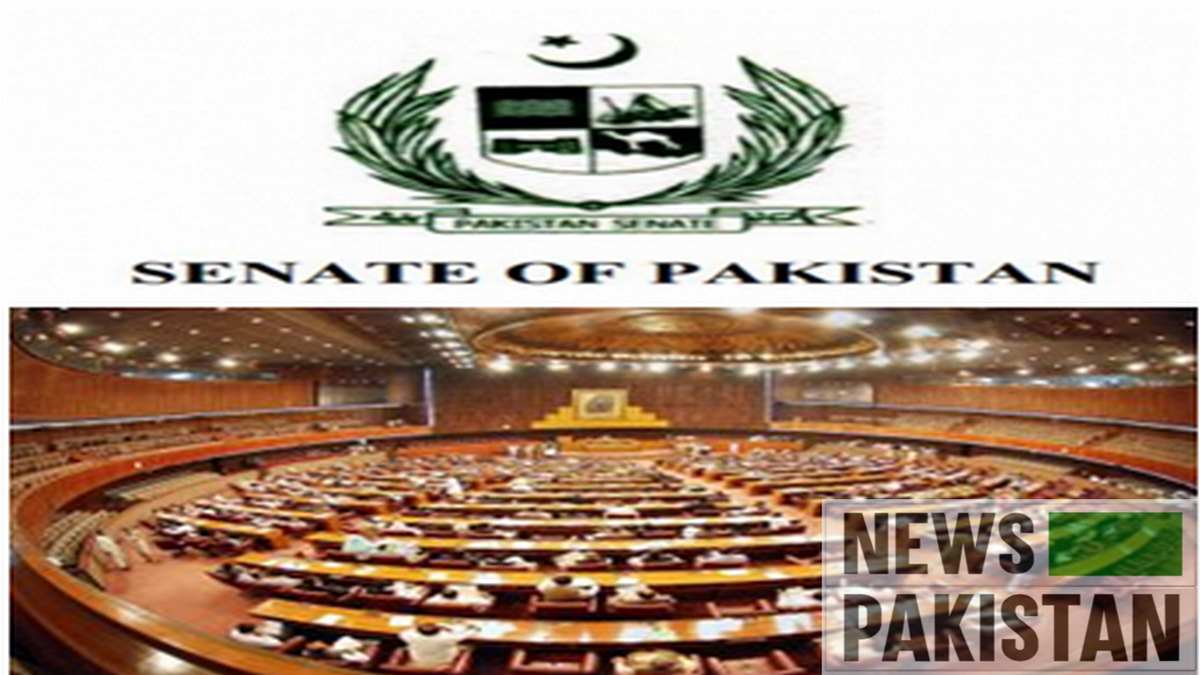 ISLAMABAD: Leader of the Opposition in Senate, Dr Shahzad Waseem condemned the alleged torture on Shahbaz Gill and quoted relevant laws which protect the weak from the mighty.

He said that the state was silent despite the fact that the relevant constitutional clauses were being brazenly breached. The main purpose of torturing Shahbaz was to get favorable statement from him, he claimed.

Minister for Law and Justice Azam Nazir Tarar said on Thursday that the government would fulfill all legal formalities to bring Pakistan Tehreek-e-Insaf (PTI) leader Shahbaz Gill to justice as no one was above the law.

Responding to point of order raised by Leader of the Opposition in Senate Dr Shahzad Waseem, the minister for law said that law would take due course against Shahbaz Gill as no one could be lawfully interfered or punished by the authorities except for breach of law.

“Shahbaz Gill has been arrested for incitement against institutions and their leadership,” Tarar said adding Shahbaz Gill was being prosecuted in accordance with the law of the land.

It may be recalled that Shahbaz Gill had been taken to PIMS here at about 10.45PM Wednesday (17th of August, 2022) from Adiala Jail.

Shehbaz Gill was taken to PIMS in an ambulance where he was transferred to a ward. He will be examined by a team of 3 senior doctors specializing in lungs and heart diseases. Gill had been suffering from breathing problems. Following a thorough checkup he will be taken to PS for further interrogation.

Earlier, noting that Adiala Jail authorities were unwilling to handover Shahbaz Gill to the Rawalpindi/Islamabad Police, Ministry of Interior had ordered FC and Rangers to do support it.

Authorities have been directed by the court to submit Shabaz Gill’s medical report to it by 9am on Thursday.

Earlier lower court here had handed over the accused to the capital police on physical remand for 48 hours in a sedition case.

At the outset of hearing, Special Prosecutor Rizwan Abbasi pleaded that the judicial magistrate had granted only two-day physical remand of the accused after his arrest whereas the prosecution required his custody for further investigation into the matter.

He said that the accused had been lying with the investigators, adding that there was a need to conduct a polygraph test.

He said that the duty magistrate had ignored various aspects in rejecting the request of further physical remand. The prosecution had received further details from PEMRA regarding the interview of the accused.

Rizwan Abbasi said that the accused had admitted before the police that his one mobile phone was with his driver. The investigation officer, he said, had clearly written that the prosecution needed to prob various aspects besides recovering the devices.

It had to be find out that whether the accused had given this statement on advice of someone else or not, he said, adding that who had given approval of the script. He further pleaded that police had not considered Gill’s statement as true then why the judicial magistrate had accepted it as final.

The prosecutor said that in ordinary cases the police were given normally eight days physical remand of any accused but this case was pertaining to a criminal conspiracy.

The police had found new developments in every day of remand.

He said that the police were requesting further physical remand of the accused so this should be granted. No one could refuse that the accused arrived on TV channel by himself and gave controversial statement.

There was no solid reason before the judicial magistrate to dismiss the request of physical remand, he added.

Concluding his argument, Rizwan Abbasi Advocate contended that the order of the judicial magistrate dated August 12, was unconstitutional and prayed the court to grant the police further physical remand of Shahbaz Gill.

Gill’s Lawyer Suleman Safdar said that some aspects in the remand were kept secret, adding that it was necessary to know the reason that why the police required further remand.

He further contended that the case record was not provided so far. He said that his client had put his mobile in his pocket at the time of arrest and it could be seen in the video as well. If the police had already mobile phone then why it was demanding it, he said.

The lawyer said that the case was based on only words and speech, and the police had already its transcript. The Punjab Forensic Science Agency had sent the report within 24 hours, he added.

Safdar Advocate said that the FIR was registered on the complaint of a magistrate, adding that such case couldn’t be registered without the permission of government. He said the TV anchor questioned his client during program and he answered reciprocally.

The lawyer said that the judicial magistrate didn’t turn down the request and had granted three day physical remand.He said according to the prosecution Gill had admitted his speech, then what left in it.

Gill’s lawyer said that different parts of his client’s speech had been taken to prepare a case against him. Shahbaz Gill was a political leader and a vocal person, he said, adding that he shouldn’t be as much vocal.

The police had added the sections in FIR which could lead to death penalty or imprisonment sentence.

Concluding his arguments, the lawyer said that this case didn’t fall in cyber crimes instead it comes under section-164.

Prince Philip’s funeral: what happens when?

Curfews, lockdowns rain down on Europe amid record Covid cases