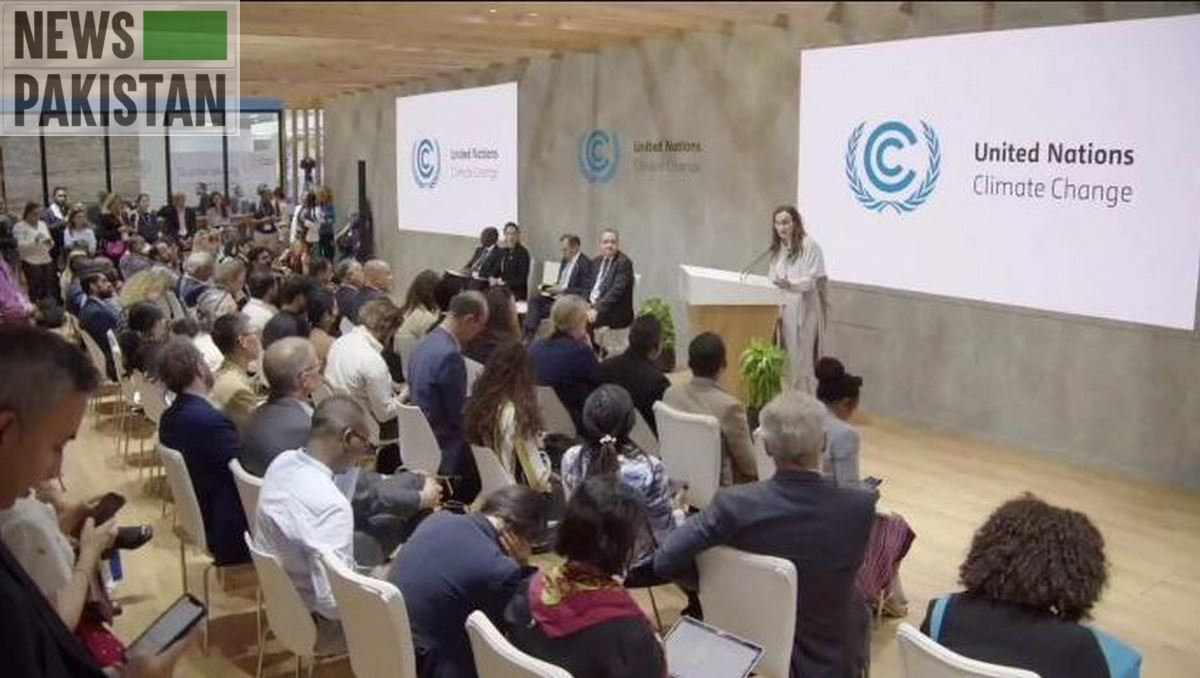 ISLAMABAD: Federal Minister for Climate Change Senator Sherry Rehman on Wednesday (16th of November, 2022) called for the international monetary commitments and related implementations on loss and damage and adaptation due to climate changes “to move faster than the speed of the glaciers melting in Pakistan”.

She was speaking at the High-level Ministerial event on ‘Loss and Damage: From Intention to Action’, organized by the Government of Pakistan at the United Nations UNFCCC Pavilion.

The event was conducted with high-level panellists from all over the world including H. E. Espon Barth Eide, Minister of Climate and Environment Norway, H. E. Saber Chowdhry, Head of Bangladesh Parliamentary Delegation to COP27, H. E. Molwyn Joseph, Minister of Health, …

Sherry Rehman said: “By the time the funds come to us, our climate needs change faster than the pace of funds released. From disaster recovery to a resilient future, the missing link is financed and it’s dispersion, making sure that it reaches those who literally have to keep their heads above water.”

She said: “As we navigate the finish line of intense negotiations at COP27, one thing is clear: climate finance is now at the heart of the climate emergency, whether it is achieving the Paris Goal of 1.5 C, or delivering on Adaptation and Resilience goals.

“For countries like Pakistan, facing new records of vulnerability, a crisis of climate impacts along with debt has created huge communities of fragility and impoverishment, where people are unable to reinvent broken lives on the ground they can no longer live or grow or build anything on.

“Global warming is triggering similar futures of climate distress, driven either by famine, drought, or flooding and rising sea levels which stalk the developing world, the Horn of Africa, the LDCs and the Small Island States, where the gap between needs and resources is too huge.”

She said: “Inaction is no longer an option. We see a commitment to higher goals here at COP27, but from our side of the burning planet, posing perils at multiple levels for societies that are no longer immune from what the Secretary General calls “a climate hell”.

She said: “Pakistan’s people and the economic system that has to drive the quality and pace of recovery from a flood that destroyed 33 million lives has sustained a huge exogenous shock. We are not big emitters but rather quite the opposite.

“We need urgent buffers from a debt overhang that is squeezing out fiscal options to rebuild almost half the country, while we also need climate resilience funds that can be accessed with speed and scale. Right now, all climate funding is very slow to access, nor is it available for the kind of rebuilding needed.

“The relief funds that came via a UN flash appeal were crucial for saving lives but they cannot help us rebuild, either with or without resilience. There is no immediate basket of accessible funds for climate resilient recovery, let alone disaster-assistance”.

“What has happened in Pakistan will certainly not only stay in Pakistan, we are seeing climate change impacts crossing borders and wreaking havoc, whether it’s hurricane Fiona that has hit Puerto Rico, children starving in Somalia from protracted drought, Nigeria battling floods like never before and the forest fires and heatwaves in all of Europe and USA.

“Financial pipelines must be created to facilitate swift transfer of funds to countries in the Global South that are reeling from climate shocks.”

From disaster recovery to investments in adaptive futures, the missing link is resources and finance. This is why inclusion of a Loss and Damage facility on the COP agenda is critical for the world to continue to believe in the power of multilateralism that works for all, not just those who can afford to delay decisions. But in the next round we must go further.

We are not looking for band aids and aspirin for a broken climate system. We are also not burdening developed states with liability by a demand for reparations or compensations, but we are seeking the reprioritization of capital flows, for the Global Goal on Adaptation to feature as an urgent action item, for grant-based financing for which we don’t have to compete while our people fight for their survival, fighting off new health and hunger emergencies brought on by climate stress.

We have hope still invested in this system, in our commitment to find common ground together. We seek a New Green Deal from this Conference of Parties in Egypt.

As G77 we have won a considerable victory by bringing this item on the agenda.

Panelist Saber Chowdhry, Head of Bangladesh Parliamentary Delegation to COP27 extended his support to Pakistan’s, position and expressing solidarity by saying that: “Whatever happens in Bangladesh, and anywhere else, doesn’t stay there because this is one planet, one atmosphere”.

Ms. Milagros De Camps, Vice Minister of Climate and Sustainability from Ministry of Environment and Natural Resources of the Dominican Republic added that “While developed nations also face affects climate change, when you see impact on their GDP, its marginal. Thats not the case for us as it takes us decades to cover that gap”.

Espon Barth Eide, Minister of Climate and Environment Norway reiterated the significance of loss and damage by saying that “We need to continue to mitigate, adapt, but also we see what’s happening in Pakistan in terms of droughts and floods. We are seeing it in Europe as well, this is coming to haunt us all, and we need to understand that there is an issue called Loss and Damage.”

At the same time, Molwyn Joseph, Minister of Health, Wellness and Environment of Antigua and Barbuda, emphasized on the need of a sense of urgency in making decisions and commitments at COP27 while Yannick Glemarec, Executive Director Green Climate Fund, expressed solidarity and placed importance on the right path to recovery and resilience,

“Our main priority is to help countries to conduct systemic resilient assessments, and identify all the assets at risk so that solutions that are the the best mix of green and grey can be devised protect this critical infrastructure network”.