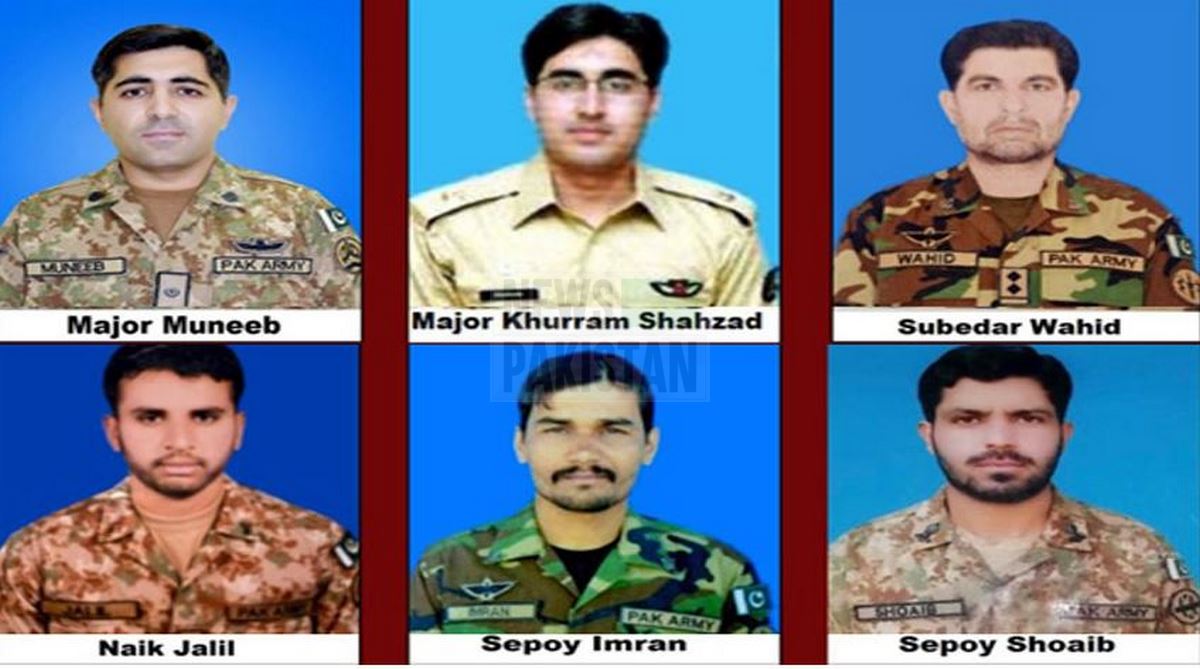 HARNAI: A helicopter of Pakistan Army crashed during flying mission here on Sunday (25th of September, 2022).

According to the ISPR, six personnel on board including two pilots embraced martyrdom.

President Arif Alvi has expressed grief and sorrow over the helicopter crash in Harnai.

In a statement today, he prayed for higher ranks for the personnel martyred in the incident.

He also commiserated with the bereaved families.

Prime Minister Shehbaz Sharif has expressed deep grief and sorrow over the martyrdom of six personnel of Pakistan Army in a helicopter crash.

In a tweet today, he commiserated with the bereaved families saying the entire Pakistani nation share their grief.

The Prime Minister said the armed forces have rendered unparalleled and unforgetable sacrifices for the security and defense of the country. He said the nation is proud of its martyrs.

Minister for Information and Broadcasting Marriyum Aurangzeb in a statement expressed grief and sorrow over the martyrdom of personnel of Pakistan Army and said the entire nation salutes the great sacrifices of its martyrs.

Interior Minister Rana Sanaullah has also expressed grief and sorrow over the martyrdom of Pakistan Army’s personnel in a helicopter crash in Harnai.

In a statement today, he said those rendering sacrifices for the security of the homeland are benefactors of the nation.

Chief Minister of Balochistan Mir Abdul Quddus Bizenjo expressing sorrow over the crash of a helicopter said the entire nation pays rich tribute to those who sacrificed their lives during performing duties.

The Chief Minister prayed for departed souls and expressed sympathy with bereaved families.

Russia hosts Taliban for talks after warning against IS threat

Atom bomb was dropped at Nagasaki on 9th August, 1945