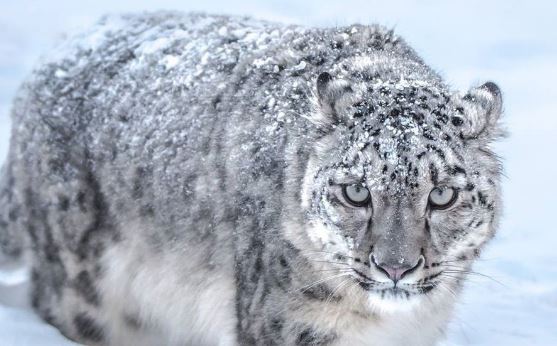 ISLAMABAD: The northern part of Pakistan supports quality habitats of Brown Bears and Snow Leopards that are endangered carnivore species in Pakistan.

This was revealed in a recent study on ‘Ecology and Conflicts Dynamics of Apex Predators in Northern Pakistan’ by Dr Shoaib Hameed.

Dr Shoaib Hameed said the research was based on latest techniques and advanced methods differently favorable on the habitats of brown bears and snow leopards.

Dr Hameed said the existing range of these carnivores as per the International Union for Conservation of Nature (IUCN) was not accurate as the actual was different or less found through the latest techniques.

He informed that the population surveys were also done through double observer method for the brown bears and camera traps were employed to assess snow leopards number.

Dr Hameed further told that the Human-Carnivore interaction and conflict assessment was also carried out to unveil prevailing trends at spatial scale apart from the conventional documented in literature on the subject.

“The study focused different areas from villages to districts in the northern region, and focused various population cohorts based on their perception, education level and response towards the carnivores,” he added.

Both the wild animals used to damage the livestock of local masses that also affected the psychological interaction or perception of the indigenous population particularly livestock farmers, he said.

“In every scenario interrogated under the study, fear is the dominating factor among the local populace that resulted in killing of brown bears and snow leopards,” Dr Shoaib Hameed said.

He mentioned that the brown bears, predominantly, used to feed on plant matters whereas livestock has also increased in Deosai plains that created problem for the carnivores to thrive as farmers wanted to prevent their number rise to protect their livestock.

Interestingly, he said the concentration of both the brown bears and snow leopards was found in protected areas which was a good sign. However, some good good quality habitats are still need to be protected.

The study, he said, has also identified three natural landscapes sprawling over large areas of Karakoram-Pamir, Hindu Kush and Himalayas which are mountainous regions but ideal for their habitat conservation.

Earlier, 20 model landscapes have been identified in 12 countries of the region conserving the snow leopards.

There have been 44 Brown Bears found in surveyed region Deosai National Park whereas some 55 snow leopards were traced in Khunjerab Shimshaal and its buffer areas, he told.

Both species maintain regional connectivity, which must be protected for the species’ long-term survival. Connectivity among some populations within the country is weak, which could be improved through targeted conservation work on movement corridors identified in this study.

Human predator conflicts pose a serious challenge to the future of these species. The co-existence of predators with human communities could be managed by addressing factors that determine human attitudes to carnivores, compensation for livestock predation, and education.

Lahoris to get traffic updates through Android app