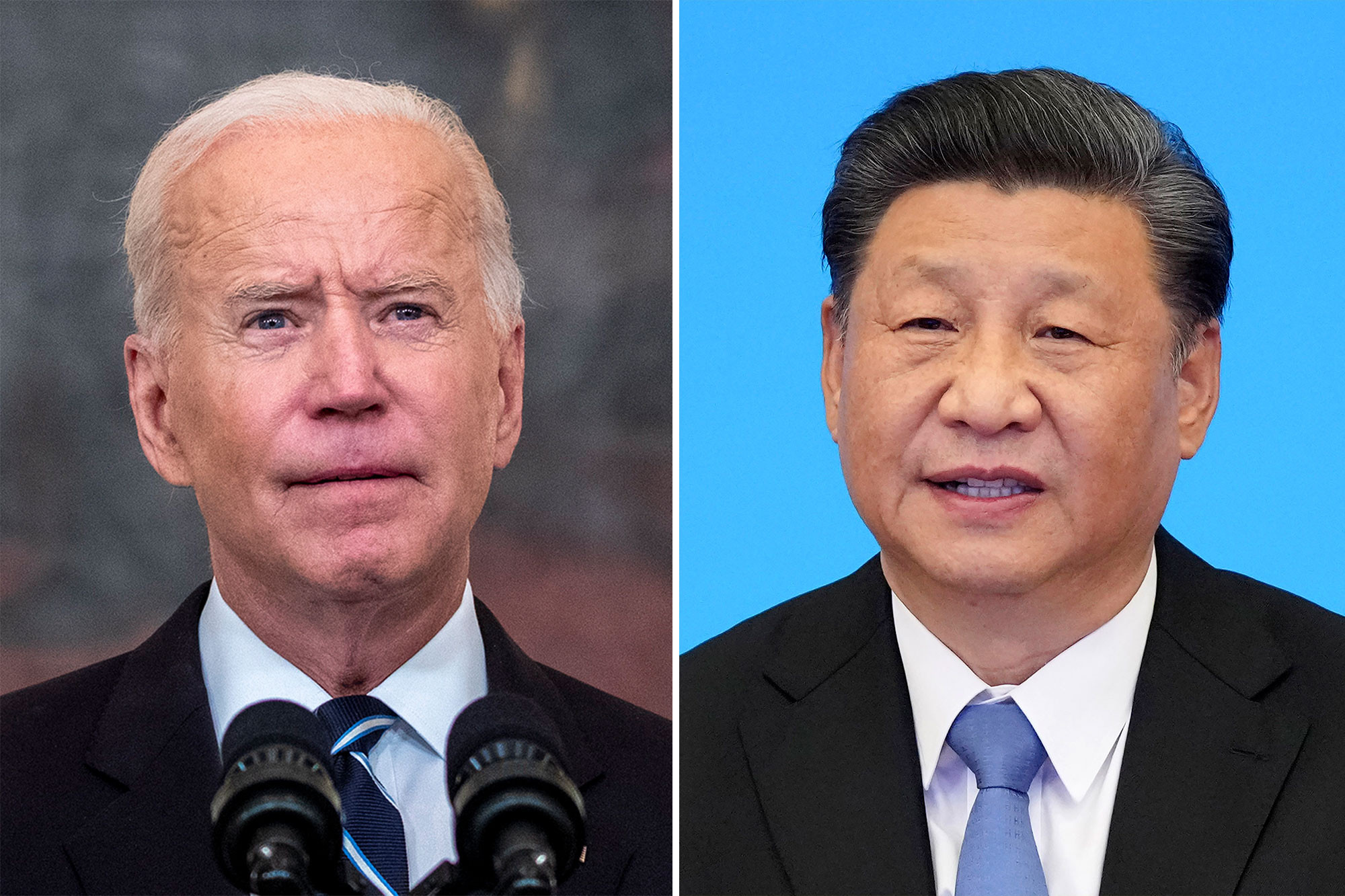 LONDON: Stock markets rose Friday, with recent choppy trade calmed by news that the leaders of the world’s two biggest economies, US President Joe Biden and Chinese counterpart Xi Jinping, had talked for the first time in seven months.
The prospect of improving US-China trade relations boosted oil prices, while the dollar was mixed.
In a 90-minute call Thursday, Biden insisted that “competition” between the nations did not become “conflict”, according to the White House, while Xi called for a new direction in a relationship beset by “serious difficulties”.
The call was “candid, in-depth”, according to Chinese state broadcaster CCTV.
The talks come as relations between the two are at a low ebb after butting heads on a range of issues including also national security, human rights and technology.
– ‘Steadying the ship’ –
Europe’s major stock markets advanced 0.3 percent in afternoon deals after Asia fizzed higher, despite overnight losses on Wall Street.
“Helping to steady the ship was a conversation between Biden and Xi where they discussed the need to ensure competition doesn’t veer into conflict,” said AJ Bell investment director Russ Mould.
“The fact the two parties are engaging is a positive and perhaps long overdue, given this was only Biden’s second call with Xi since coming into power.”
London gains were tempered by news that the UK economic recovery slowed sharply in July, growing by just 0.1 percent as rising Covid cases and supply shortages offset the end of lockdown curbs.
Eurozone stocks extended gains one day after the European Central Bank tweaked its pandemic stimulus measures.
ECB boss Christine Lagarde stressed that the move was not a “tapering” but a “recalibration”.
But she did warn that “the speed of the recovery continues to depend on the course of the pandemic and progress with vaccinations”.
– ‘Little to rock boat’ –
The move eased concerns about the end of the ultra-loose monetary policy that has been crucial to a recovery in economies and equities.
“The ECB did little to rock the boat,” noted Markets.com analyst Neil Wilson.
It also came as the Federal Reserve considers when it will start winding in its own scheme, with observers expecting it before the end of the year.
In Asia, Hong Kong’s main stocks index surged 1.9 percent thanks to healthy buying into tech firms that were battered Thursday by China’s latest clampdown on the gaming industry.
– Key figures around 1115 GMT –
London – FTSE 100: UP 0.3 percent at 7,044.69 points
Frankfurt – DAX 30: UP 0.3 percent at 15,669.15
Paris – CAC 40: UP 0.3 percent at 6,703.68
EURO STOXX 50: UP 0.4 percent at 4,195.38
Tokyo – Nikkei 225: UP 1.3 percent at 30,381.84 (close)
Hong Kong – Hang Seng Index: UP 1.9 percent at 26,205.91 (close)
Shanghai – Composite: UP 0.3 percent at 3,703.11 (close)
New York – Dow: DOWN 0.4 percent to 34,879.38 (close)
Dollar/yen: UP at 109.93 yen from 109.72 yen at 2100 GMT
Pound/dollar: UP at $1.3873 from $1.3837
Euro/dollar: UP at $1.1833 from $1.1825
Euro/pound: DOWN at 85.26 pence from 85.47 pence
Brent North Sea crude: UP 1.7 percent at $72.68 per barrel
West Texas Intermediate: UP 1.7 percent at $69.28 per barrel