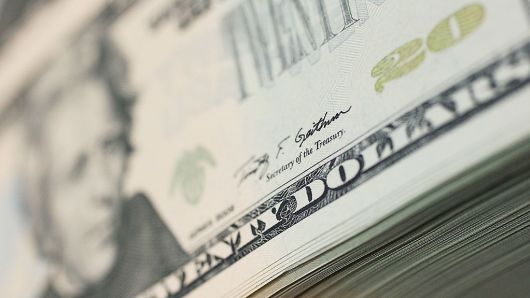 Annual consumer price inflation slowed slightly in August to 8.3 percent from 8.5 percent in July, the Labor Department said in an anxiously-anticipated report that the Federal Reserve is watching closely

However, CPI rose 0.1 percent on a monthly comparison in August, after holding flat in July, according to government data Tuesday, a disappointing result amid widespread expectations that inflation would fall in the month.

The dollar, which had fallen against its major rivals in anticipation of a significant slowdown in US inflation would lessen pressure on the Fed to continue aggressively raising interest rates, shot higher.

“Both headline and core US CPI were substantially hotter than expected in August, leading currency and fixed income markets to embark on a swift and dramatic reversal from recent price action, where traders and investors had largely positioned themselves for a softer inflation print,” said market analyst Jay Zhao-Murray at Monex.

He pointed to core inflation that excludes volatile energy and food prices, which is what Fed policymakers pay particular attention to. This rose by 0.6 percentage points month-on-month, compared to a 0.3-point gain in July.

While markets were already largely pricing in another 75-basis-point interest rate hike by the Fed at its next gathering, there had been hopes that having past the peak of inflation would allow the Fed to let up thereafter.

However, the inflation figures were “hotter than expected in August and put a chill on some of the peak inflation/peak hawkishness/soft landing chatter,” said analyst Patrick O’Hare at Briefing.com.

Stocks, which had rebounded in recent days on hopes that a peak in inflation would allow a rapid end to hawkish rate hikes and thus avoid a recession and attain a “soft” landing of the economy, abruptly turned lower.

Midday gains in Europe swiftly turned to losses and US futures shifted from green to red.
Wall Street opened sharply lower, with the Dow slumping 1.6 percent at the open.

Fed boss Jerome Powell has indicated the rate increases would continue until inflation is tamed.

Zhao-Murray said that following the inflation data that market expectations regarding the Fed’s next rate hike had hardened.

While previously there were some who where forecasting the possibility the Fed would drop to a half-percentage-point hike, now a 0.75-point hike is seen as the floor and some are forecasting a one-point increase.

Inflation has soared around the globe this year owing to sky-high energy and food bills.

This has been caused to a large extent by supply constraints after economies reopened from pandemic lockdowns and in the wake of Russia’s invasion of Ukraine.

The dollar has soared as the Federal Reserve moved earlier and more aggressively to raise interest rates than central banks to contain inflation.

EU lauds sacrifices given by Pakistan in containing terrorism!