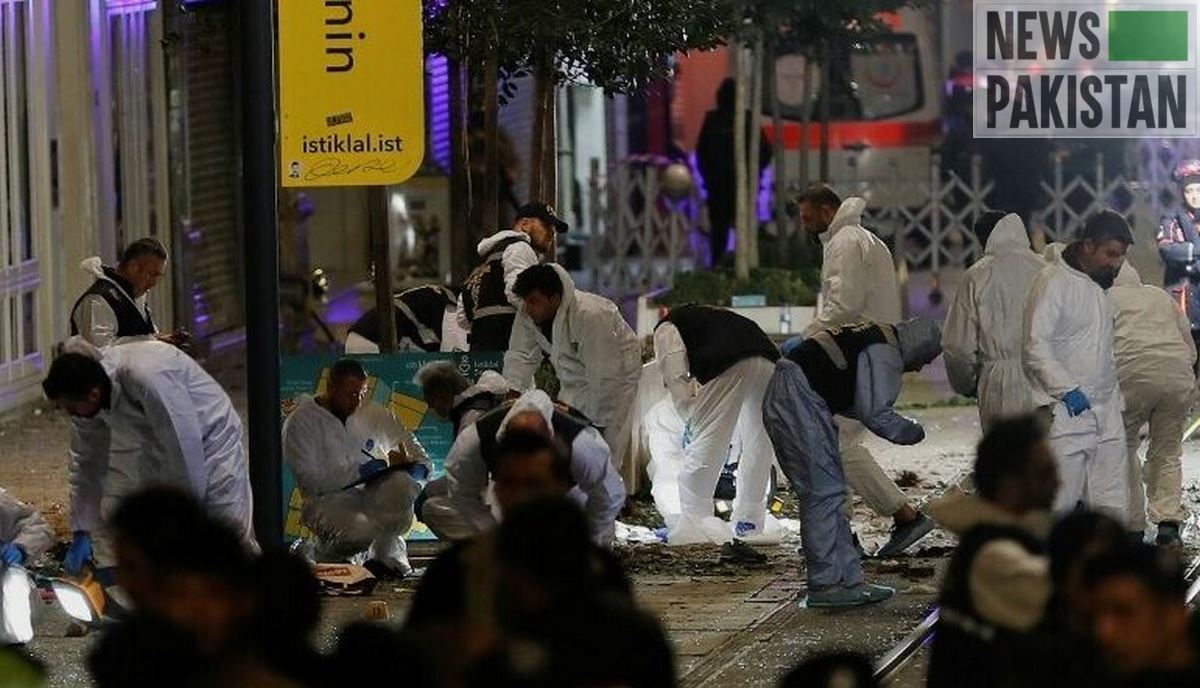 According to details 53 people who got injured, 11 gravely, are being treated at medical facilities.

Talking to journalists President Recep Tayyip Erdoğan maintained: “Efforts to defeat Turkey and the Turkish people through terrorism will fail today just as they did yesterday and as they will fail again tomorrow.

“It would be wrong to say this is undoubtedly a terrorist attack but the initial developments and initial intelligence from my governor is that it smells like terrorism.”

PM Shehbaz Sharif took to the Twitter to state: “I have learnt with deep anguish about the explosion at popular Istiklal avenue in the heart of Istanbul.

“Govt & people of Pakistan express deepest condolences to the brotherly people of Turkiye at the loss of precious lives & send prayers for the speedy recovery of the injured.”

“We stand in complete solidarity with our Turkish brethren in this hour of grief and offer our sincerest condolences to the bereaved families & brotherly people of Turkiye.”

It is pertinent to mention here that Istiklal Avenue was also center of such attacks during 2015-2016.