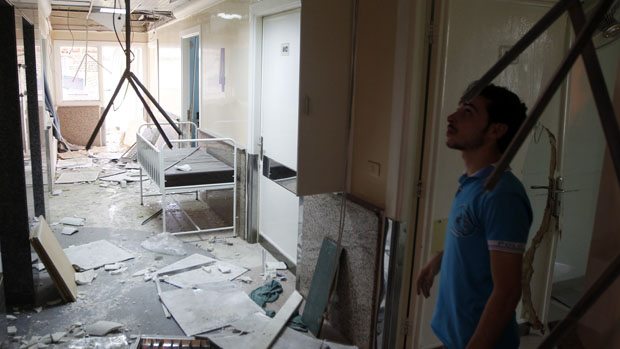 Beirut: Hopes for a ceasefire in Syria were fading on Tuesday, after dozens were killed in air strikes on hospitals that France branded war crimes and Syria’s president said implementing a truce would prove “difficult”.

“Attacks against health facilities in Syria by the regime or its supporters are unacceptable and must stop immediately,” said French Foreign Minister Jean-Marc Ayrault. 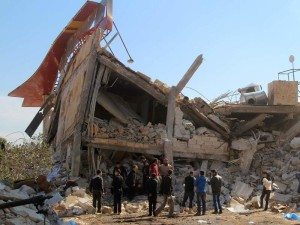 The United States, which like the UN did not identify who carried out the air strikes, said two civilian hospitals were hit in northern Syria: one run run by medical charity Medecins Sans Frontieres (MSF) and another in rebel-held Azaz city.

The region around Syria’s second city of Aleppo has been the target of a major offensive by Syrian government troops, backed by Russian warplanes, which has sent tens of thousands fleeing to the Turkish border.

“That the Assad regime and its supporters would continue these attacks… casts doubt on Russia’s willingness and/or ability to help bring to a stop the continued brutality of the Assad regime against its own people,” the State Department said.

MSF confirmed a hospital supported by the charity was hit in Idlib, northwest Syria, and said seven people were killed and at least eight were missing, presumed dead.

But Syria’s ambassador to Moscow, Riad Haddad, said the hospital had been targeted by a US raid.

“American warplanes destroyed it. Russian warplanes had nothing to do with any of it — the information that has been gathered will completely back that up,” he told Russian state television channel Rossiya 24.

To  end the bloodshed in Afghanistan