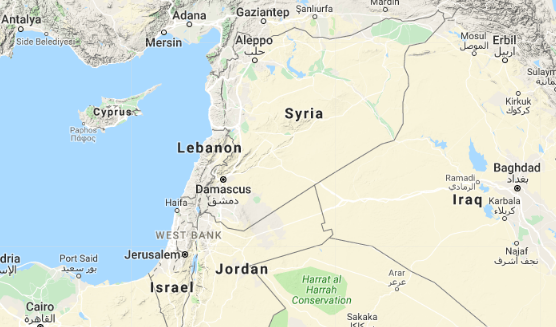 BEIRUT: Syrian regime forces seized a town on the edge of Idlib on Sunday, a monitor said, in their first ground advance in the province since an escalation on the IS-dominated enclave more than three months ago.
The region of northwestern Syria, which is home to an estimated three million civilians, has come under almost daily Syrian and Russian bombardment since late April.
The most recent fighting, which cost the lives of more than 100 fighters over the weekend, took place in an area straddling Idlib and Hama provinces, a war monitor said, and claimed dozens of lives on both sides.
“Regime forces seized the town of Al-Habeet, in Idlib’s southern countryside, at dawn,” said Rami Abdel Rahman, head of the Syrian Observatory for Human Rights monitor.
The Idlib area has escaped the control of President Bashar al-Assad’s government since 2015 and is the last major bastion of opposition to his regime and its allies.
The monitoring group also reported two civilians killed, including a child, in regime and Russian air strikes Sunday on the south of Idlib province.
The capture of Al-Habeet, one of several strategic targets for advancing pro-regime forces, came after another night of deadly fighting, the Observatory said.
According to the Britain-based monitor’s tally, 70 combatants were killed on Saturday alone, 32 of them pro-government forces.
The remaining 38 were from the opposing ranks of Hayat Tahrir al-Sham, the militant outfit led by members of Al Qaeda’s former Syria franchise, and allied rebel fighters.
Rami Abdel Rahman said at least another 38 combatants, 14 of them government fighters, were killed in fighting on Sunday.
He described Al-Habeet as “the first town in southern Idlib to be taken by the regime since the start of the escalation” in April.
The town is seen as a stepping stone towards Khan Sheikhun, one of the main towns in Idlib and the target of some of the eight-year-old conflict’s deadliest air strikes.
Tens of thousands of people have been displaced in recent weeks and aid groups have warned that an all-out assault on Idlib could turn the current humanitarian emergency into a catastrophe of proportions previously unseen.
The fighting is a violation of a deal which was reached by the battle’s two main foreign brokers — Russia and Turkey — but was never implemented.
Russia is Damascus’ main backer while Turkey holds sway over some rebel and IS forces along its border.
The deal’s terms were never realistic but the accord sealed in the Russian resort of Sochi in September 2018 staved off a fully-fledged offensive.

Share on Whatsapp:
Tags: Syrian regime forces seized a town on the edge of Idlib

Pakistan Embassies running out of funds?