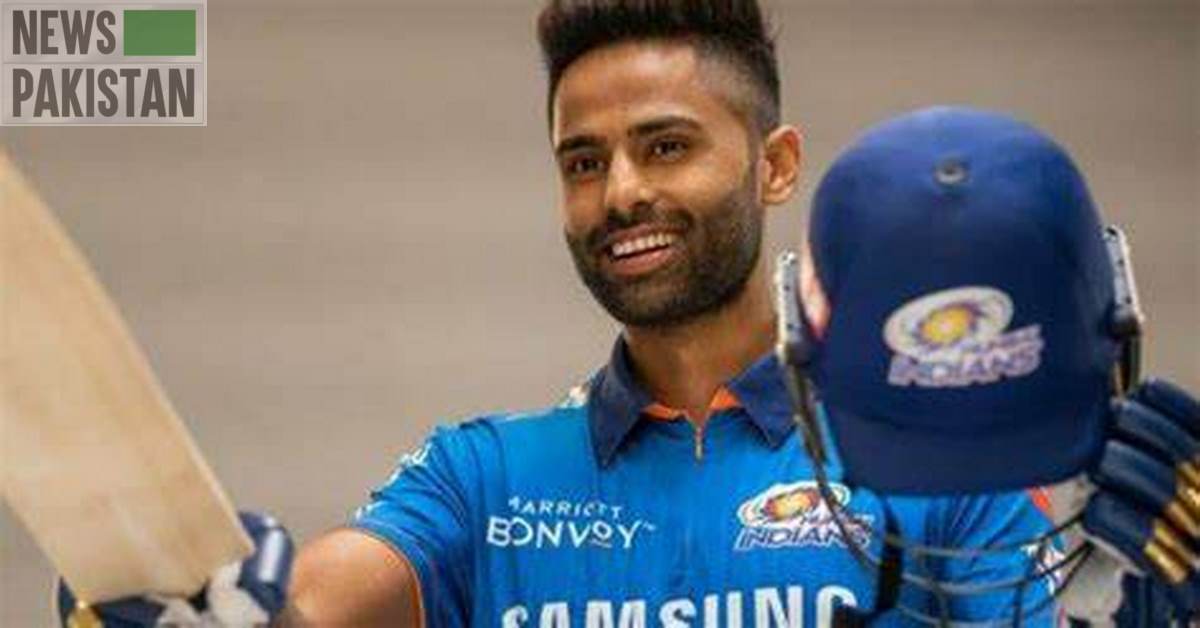 ISLAMABAD: India’s Suryakumar Yadav has grabbed the top position for batters in ICC Men’s T20I Player Rankings after smashing two half-centuries over the past week in the ICC Men’s T20 World Cup 2022 in Australia.

Yadav’s 51 not out off 25 balls against the Netherlands in Sydney and a valiant 68 off 40 against South Africa in Perth have helped him overtake New Zealand’s Devon Conway and Pakistan’s Mohammad Rizwan, who had held the top spot since 4 September this year.

Yadav is the 23rd player to top the T20I batting rankings and only the
second Indian to reach No. 1 in T20 cricket after Virat Kohli, who spent 1,013 days at the top in different periods from September 2014 to December 2017. Yadav’s tally of 863 rating points is also the second best by an Indian, the highest being Kohli’s tally of 897 in September 2014.

New Zealand’s Glenn Phillips has moved up five slots to reach a career-best seventh position after scores of 104 against Sri Lanka and 62 against England, while South Africa’s Rilee Rossouw is another one to enter the top 10 after scoring 109 against Bangladesh, moving up 17 slots to a career-best eighth position.

Hasaranga, who had become No.1 during the ICC Men’s T20 World Cup last year, has moved back towards the top position after taking one wicket against New Zealand and three against Afghanistan. Hasaranga has only three points less than Afghanistan spinner Rashid Khan.

England seamer Sam Curran, who grabbed two wickets each against New Zealand and Ireland during this period, is up two places to sixth position while South Africa quick Anrich Nortje has progressed 11 slots to eighth position after his haul of four for 10 against Bangladesh.

New Zealand spinner Mitchell Santner has moved into the top 10 while his team-mates Trent Boult and Tim Southee have taken the 12th and 16th positions, respectively.

South Africa fast bowler Lungi Ngidi’s Player of the Match effort of four for 29 against India has lifted him 11 places to
joint-28th with India’s Axar Patel.

CRICKET PSL: Qalandars slay the Kings to win by 22 runs

Whatsapp says it has restored service after global outage