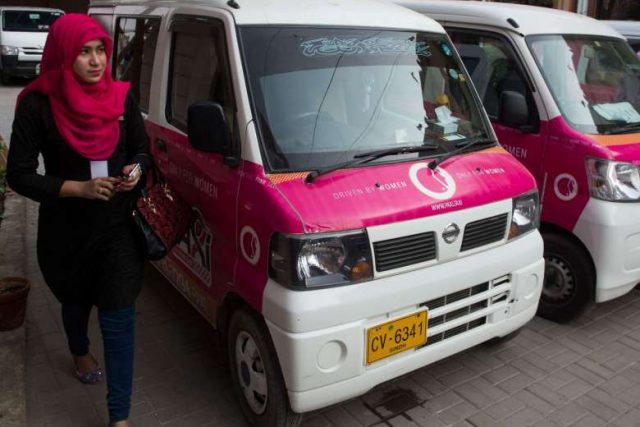 KARACHI: After the huge success of ride-hailing services Uber and Careem, there is a new taxi service coming to Pakistan’s commercial hub Karachi. But this time for women only.

The taxi service, which will include only female drivers as well as female customers, is an initiative to protect women from the sexual harassment they commonly face when travelling around the teeming city.

The service is being launched by a couple residing in Karachi and it will be put in operations from Thursday (March 23).

“Women will be able to call the cab service – called Pink Taxi – by phone, a mobile app, SMS or simply by hailing one on the street, said Ambreen Sheikh, who is launching the service with her husband Zahid Sheikh.

“Our pilots (drivers) wear a pink scarf and black coat as their uniform. They include housewives, young women and students,” she added.

Her husband, Zahid Sheikh said the Pink Taxi service would be extended to the cities of Lahore and Islamabad in the next three to four months, followed by other parts of the country.