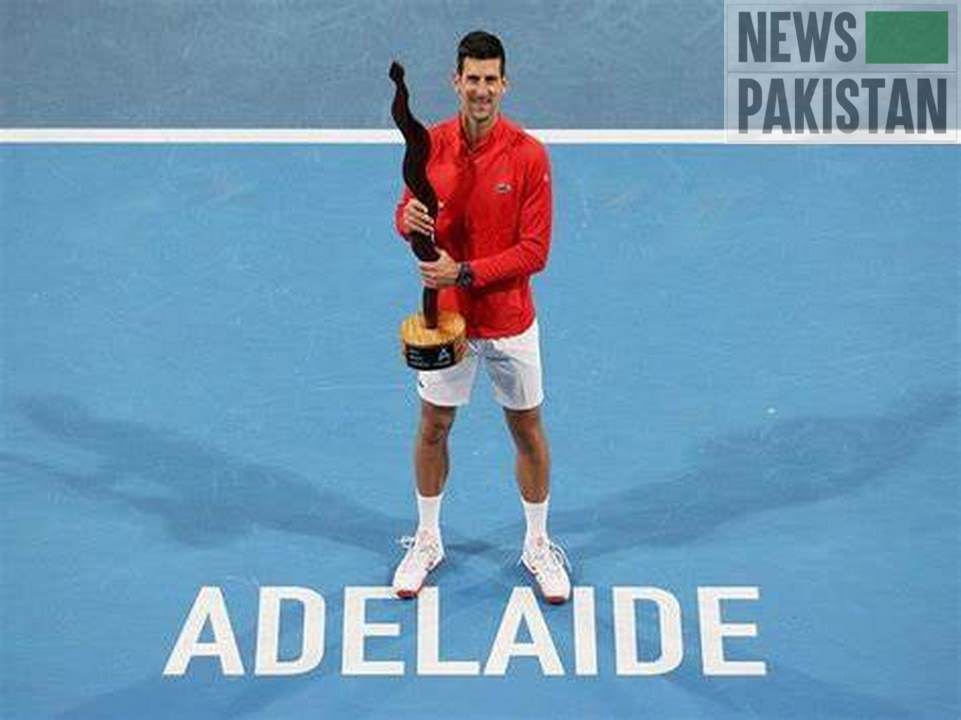 ADELAIDE (Australia): Top seed Novak Djokovic saved a match point Sunday (8th of Jan 2023) before defeating Sebastian Korda to win the Adelaide International and reinforce his status as a heavy title favorite for the Australian Open.
The 21-time Grand Slam winner needed more than three hours to stamp his authority on his unseeded American opponent, son of former world number two Petr Korda, 6-7 (8/10), 7-6 (7/3), 6-4.
In doing so, Djokovic extended his unbeaten streak in Australia to 34 straight matches and won his fifth consecutive final dating to Tel Aviv last year.
The winner of 92 career titles now heads to the Australian Open in about a week with momentum in his bid to secure the Grand Slam for a 10th time, helped by the absence at Melbourne Park of injured world number one Carlos Alcaraz.
Djokovic, the 2007 champion at Adelaide in the early days of his career, called the pre-Open tune-up week “very special for me”, thrilled by overwhelming fan enthusiasm.
“It’s been an amazing week. To be standing here is a gift definitely,” said the Serbian world number five, who missed last year’s Australian Open after being deported over his vaccination status.
“I gave it my all today and throughout the week in order to be able to get my hands on this trophy.
“The support I have been getting in the last 10 days was something that I don’t think I’ve experienced too many times in my life,” he added, with packed pro-Djokovic crowds whenever he played.
“It definitely felt like playing at home.”
Djokovic nullified Korda’s match point while serving at 5-6, 30/40 in the second set, coming good on an overhead to make the save before the set moved into another tiebreaker which the Serb won.

Korda, 22, was playing his fifth career final and said the experience boded well for the rest of the season.
“It was a great start to the year, I wish I could have gotten it done today, but I know there’s a long journey to go and a lot of positives from this week,” he said.
“I think we’re (he and his team) are going to have a great year together.”
Djokovic, who showed no sign of the leg problem which bothered him on Saturday during his defeat of Daniil Medvedev, agreed, paying tribute the fast-emerging American.
“Amazing effort today Seb. I’d probably say you were closer to victory today than I was. It was decided in one or two shots, one or two points,” he said.
“Tough luck today but the future is bright for you.”

Football: Ronaldo is not the only man to fear!