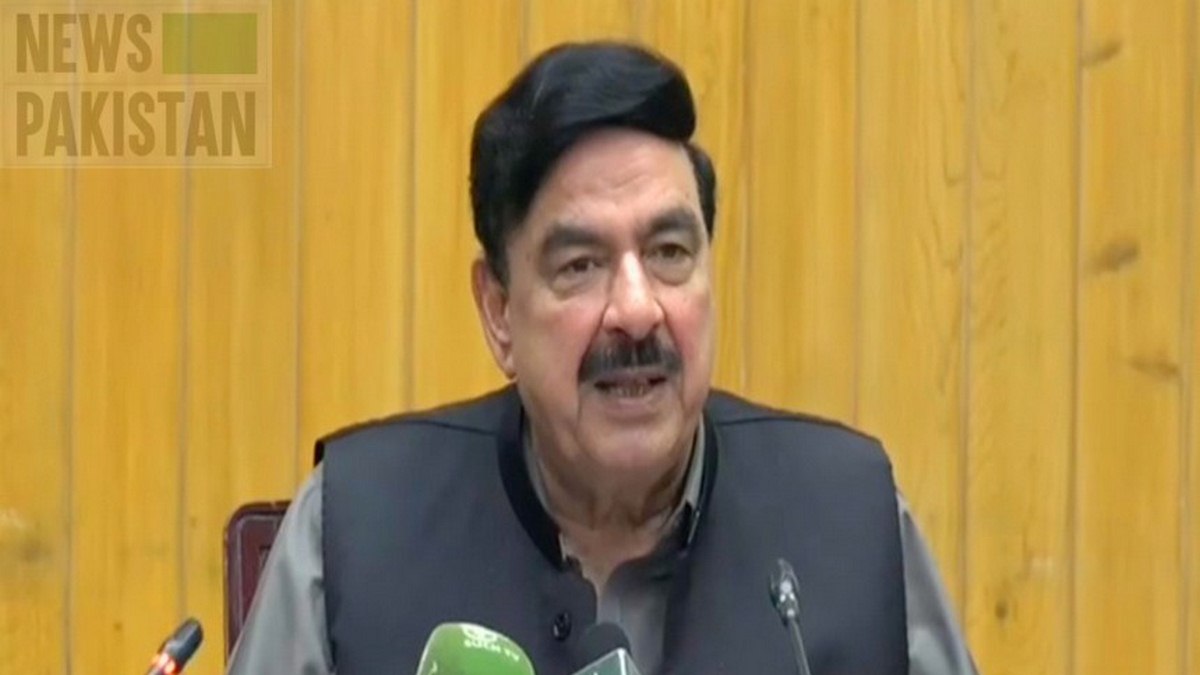 ISLAMABAD: Minister for Interior Sheikh Rasheed Ahmed on Monday while asserting that a big terrorist network has been unearthed in Khyber-Pakhtunkhwa (KPK), said that foreign forces wanted destabilization in Pakistan.

Addressing a press conference, he said a big group of terrorists has been identified by KPK police. Prime Minister Imran Khan has laid foundation of an independent foreign policy and gave clear message to imperialistic forces that Pakistan’s soil would not be used for drone attacks. Russia and Ukraine exported around 50 percent of wheat production and the oil prices have soared to $ 130 per barrel at international market, he added.

He said that the Prime Minister provided big relief to the masses by reducing petrol, diesel and electricity prices keeping in view the prevailing economic situation. “Countries are not destroyed by floods and earthquake, rather these are destructed by anarchy,” he quoted while referring to the Opposition parties’ upcoming long march. He urged the Opposition to show responsibility.

He said that there would be three local public holidays on March 22, 23 and 24 in Islamabad owing to Organization of Islamic Cooperation’s (OIC) foreign ministers conference. He said that this time, Pakistan Day Parade would be a historic one as J-10 C aircraft would also be a part of flypast.

Commenting on the current political situation in the country, Sheikh Rasheed said the no confidence motion against the Prime Minister would face defeat and Imran Khan would emerge victorious in all crisis. Defeat is the ultimate destiny of the Opposition parties, he added.

He thanked that after over three and half years, the Opposition has realized that the umpire was neutral. The minister said that no hurdle would be created in the way of long march by Pakistan Peoples Partly (PPP) and assured the full security would be provided to them.

Replying to a question, he said that Pakistan Tehreek-e-Insaf (PTI) would contest general elections from all provinces next year adding that there would be real contest between PTI and PML-N in Punjab. He expressed the hope that Imran Khan would fetch out the country from all crisis.

Govt decides to pursue London court for bringing Nawaz back