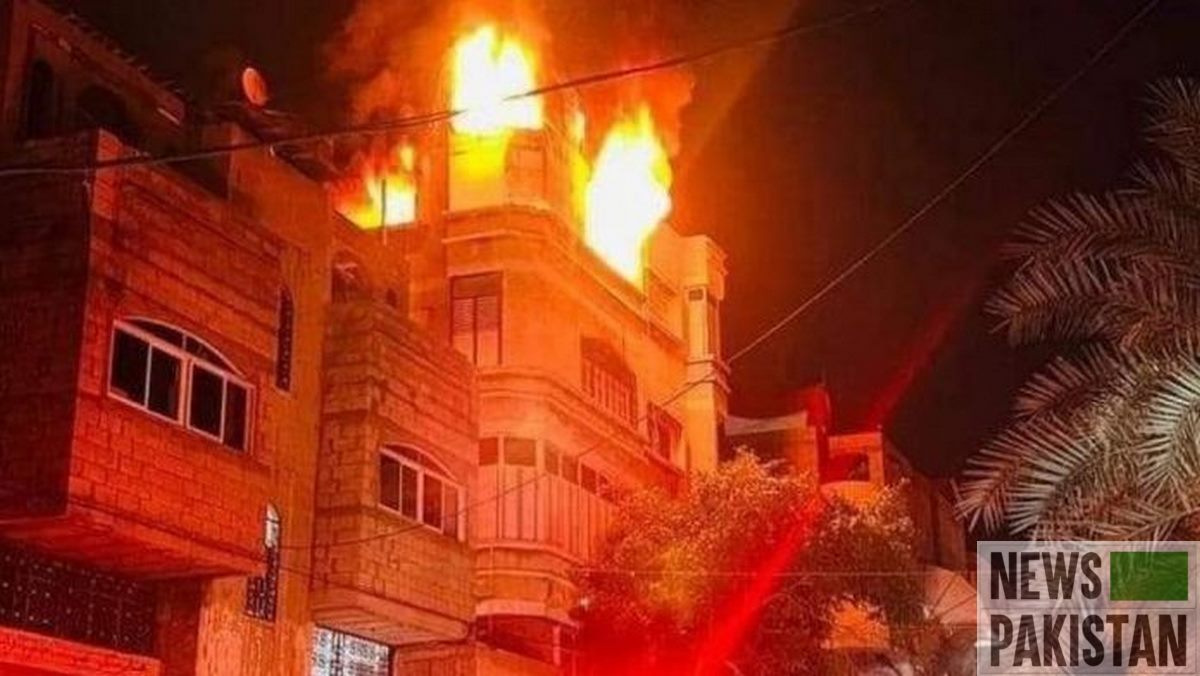 JABALIA : Thousands of Palestinians turned out on Friday (18th of November, 2022) for a joint funeral for 21 people who died in a fire in a Gaza Strip apartment building, an AFP correspondent reported.

At least seven children were among the dead in the blaze at Jabalia Palestinian refugee camp on Thursday night, said the head of the camp’s Hospital, Saleh Abu Lai.

Shrouded in Palestinian flags, the dead were carried through crowds of mourners to Beit Lahia cemetery where they were buried.

While the cause of the fire remained unknown, a spokesman for the civil defense unit told the Media that supplies of fuel were stored in the three-story building.

“We don’t know exactly what happened,” said Mahmoud Abu Raya, a relative of the victims, explaining that the blaze had struck “during a family reunion”.

“We do not have the means to put out large fires, especially in narrow places and high buildings,” a senior civil security official told the Media.

After Lebanon blast, future lawsuits pile up against the state