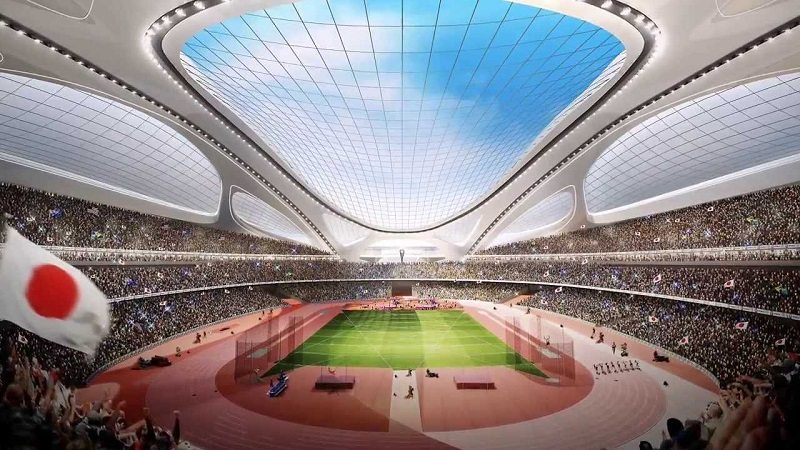 JAPAN: Tokyo attempted to put its scandal-hit preparations for the 2020 Olympics back on track on Tuesday when it finally settled on a Japanese design for the new national stadium.

Japanese Prime Minister Shinzo Abe announced the new design for the country’s controversial National Stadium, which will be the focal point for the 2020 Tokyo Olympics.

But the choice of a multi-tiered, part-wooden stadium nicknamed “the hamburger” on social media may now ignite new trouble after architects said it bore “remarkable similarities” to a blueprint abandoned in July.

“Today, the Japan Sports Council reported that Plan A was chosen for the new National Stadium design,” Abe said Tuesday, referring to the latest proposal.

“The ministerial meeting has checked the selection was made in an appropriate manner. This is an excellent plan that satisfies the principle philosophy, construction, deadline and cost of the Olympic plan.”

The steel and wood Design A resembles traditional Japanese temples, and stands at a relatively short 50 meters (164 feet) with its main sports field sunken under the ground. The stadium is estimated to cost 154 billion yen ($1.26 billion) and will accommodate 80,000 people.

Two designs were submitted earlier this month after original plans by Iraqi-British architect Hadid were scrapped in July. Her concept had attracted criticism with various prominent architects and the public saying it looked like a bike helmet or a turtle.

Although the stadium will not be completed in time for the 2019 Rugby World Cup, Abe has said it will be ready for the 2020 Olympics and Paralympics. The project is due for completion by November 30, 2019 — 266 days before the Olympics opening ceremony.