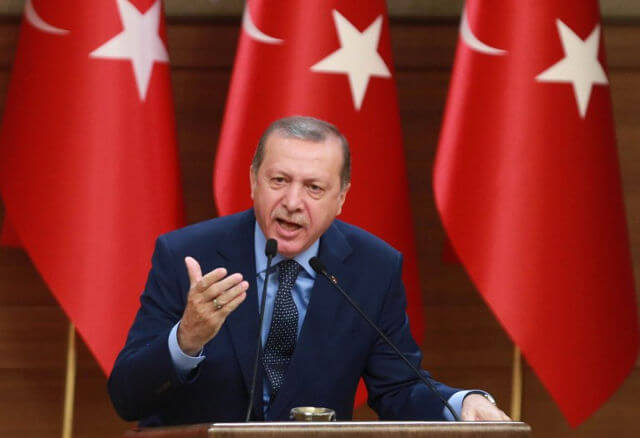 ISTANBUL: President Recep Tayyip Erdogan said today Turkey was pressing an operation against bases of outlawed Kurdish militants in northern Iraq with intense air strikes that were far from over.

Speaking less than two weeks ahead of presidential and parliamentary elections, Erdogan told a rally that the Turkish air force had destroyed 14 key targets of the Kurdistan Workers’ Party (PKK) in the Qandil mountain area of northern Iraq.

There has been growing expectation in Turkey that the government was preparing a major operation against the PKK in Qandil although Ankara has denied any link with the looming June 24 polls. “We have begun our operations in Qandil and Sinjar,” Erdogan told a rally in the Anatolian province of Nigde.

“Twenty of our planes destroyed 14 important targets. They struck and came back. It’s not over and it will continue,” he said. The Turkish army on Sunday had already announced it had hit 14 targets in air raids on Qandil. A presidential source later specified that Erdogan’s comments related only to Qandil and not Sinjar, another area in northern Iraq where the PKK has a presence.

Analysts say that a major operation against the PKK in northern Iraq would give Erdogan a welcome boost in the snap polls which are expected to be tighter than initially predicted.

A piece published earlier:  A senior Turkish official has accused a US diplomat of backing Kurdish militants and said he should be sent home. Turkish Foreign Minister Mevlut Cavusoglu, while talking to the media said Brett McGurk, the US envoy to the coalition against so-called Islamic State, was “definitely” supporting the YPG in Syria and the separatist PKK. The minister was in Washington with President Recep Tayyip Erdogan, who met US President Donald Trump. Tensions were high after Trump said he would arm the Syrian Kurds. President Erdogan told Turkish media in Washington that he had told Trump that Turkey would hit back “without asking anyone” if it came under attack from the Syrian Kurds. (Published on 18th of May, 2017)