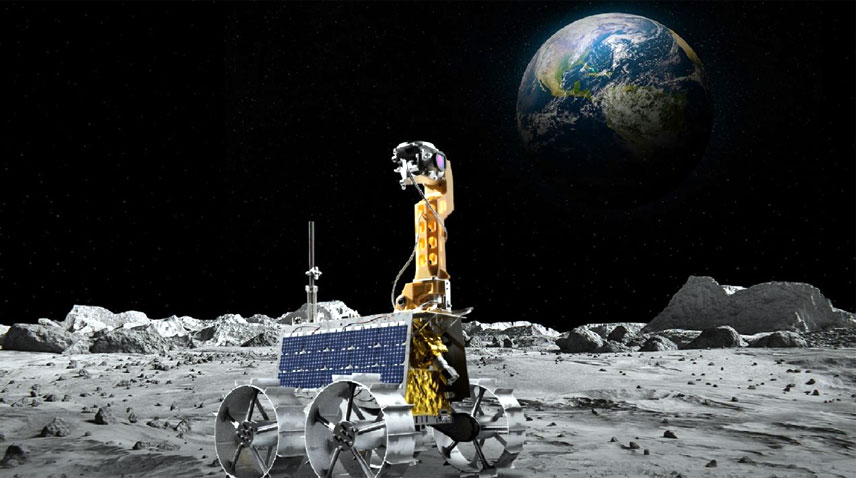 Emirates Lunar Mission announced the successful launch of the Rashid Rover to the Moon, making it the first Arab mission to the lunar surface.His Highness Sheikh Mohammed bin Rashid Al Maktoum graced the MBRSC Mission Control Centre and was part of the live launch with the Emirate Lunar Mission Team

The world’s most compact rover is now on a journey of up to 140 days, with a landing window on the surface of the Moon in April 2023.

“Rashid Rover is part of the UAE’s ambitious space program, which began with Mars, progressed to the Moon, and soon to Venus. Our goal is to increase our knowledge, enhance our capabilities, and leave a scientific legacy in the history of space and humanity.”

“Reaching the Moon is a milestone in our ambitious march to progress for our nation and its people, who know no limits. And our next step is bigger and higher.”

Key details of the mission:
• Developed 100% by Emirati engineers, the Emirates Lunar Mission is the first Arab mission to the Moon.
• The mission will study different aspects of the lunar surface, including lunar soil, thermal properties of surface structures, and the lunar photoelectron sheath.
• Landing in the unexplored area of the lunar surface, Atlas crater, the mission will take high-resolution pictures and provide novel data.
• The rover will test new technologies, systems and exploration techniques in the Moon’s harsh environment.
• The mission will complete seven main milestones.

The United Arab Emirates launched its latest space mission, Rashid Rover, as part of the Emirates Lunar Mission representing a pioneering national endeavor in the space sector and a historic moment that, if successful, will be the first Emirati and Arab mission to land on the surface of the Moon.

His Highness Sheikh Mohammed bin Rashid Al Maktoum, Vice President and Prime Minister of the UAE and Ruler of Dubai, emphasized that the UAE’s space ambitions continue to be realized by achieving high levels of accomplishment and empowering space cadres to develop the national space sector and consolidate the country’s advanced position in space.

“Rashid Rover is part of the UAE’s ambitious space programme, which began with Mars,  progressed to the Moon, and soon to Venus.

“Our goal is to increase our knowledge, enhance our capabilities, and leave a scientific legacy in the history of space and humanity.

“Reaching the Moon is a milestone in our ambitious march to progress for our nation and its people, who know no limits. And our next step is bigger and higher.”

Rashid Rover will now cruise through space for nearly four months, aiming to land in the Moon’s Atlas Crater in April 2023.

The Emirates Lunar Mission is part of the new 2021-2031 strategy launched by the Mohammed bin Rashid Space Centre (MBRSC), which includes the development and launch of Rashid, the first Emirati lunar rover named after the late Sheikh Rashid bin Saeed Al Maktoum, builder of modern Dubai.

Being referred to as one of the world’s most compact rovers, the Rashid Rover was designed and developed by Emirati engineers from the Mohammed Bin Rashid Space Centre team.

It aims to pave the way for humanity to make even more qualitative advances in science, technology, communication, and robotics while enabling us to prepare for future missions to the Moon and beyond.

The Mohammed Bin Rashid Space Centre has identified a set of scientific goals for the Rashid Rover.

The ambitious mission undertaken by the UAE will study the lunar surface and uncover insights that will catalyze technology development and the future of space exploration.

The mission will study different aspects of the lunar surface, including lunar soil, thermal properties of surface structures, and the lunar photoelectron sheath.

The Emirati lunar rover will land on an area of the Moon’s surface that previous lunar exploration missions have not explored.

Therefore, it will provide novel and highly valued data, images, and insights. During its mission, the lunar rover will collect scientific data on matters relating to the origin of the solar system, our planet and life.

Successfully lifted off on 11 December at 11.38 AM UAE Time from Space Launch Complex 40 (SLC-40) at Cape Canaveral Space Force, Florida, the Rashid Rover was integrated into iSpace M1 lander that was loaded atop the SpaceX Falcon 9 rocket.

The mission will conclude with the last two phases of Hibernation and the Last Decommissioning phase.

Once the lander reaches the surface, the unexplored areas of Atlas Crater safely, the rover will spend one lunar day — nearly 10 to 12 Earth days — exploring the properties of lunar soil, the petrography and geology of the Moon, dust movement, and study surface plasma conditions and the Moon’s photoelectron sheath.

Following the Hope Probe to Mars, the world had been waiting for the UAE’s next ambitious space mission.

After the launch, His Excellency Hamad Obaid Al Mansoori, Chairman of MBRSC, said: “With the Emirates Lunar Mission’s successful launch, the UAE space industry is entering a new era and is on course to go down in the history of lunar missions.

“The ELM embodies the spirit of the UAE’s innovation and scientific progress in accordance with the vision of its wise leadership, which encourages scientific ambition and achievement.

“And as it followed the 51st UAE National Day, there was no better way to honor this momentous national accomplishment.”

Commenting on the launch, His Excellency Salem AlMarri, Director General of MBRSC, said: “We have made history with the launch, and what an incredible sight to watch the first Emirati mission to the Moon take off.

” It’s taken a lot to get here, and I congratulate everyone who was behind the mission.

“We now look forward to the landing on the Moon’s surface and completing the Emirates Lunar Mission, which will contribute to future explorations and beyond.”

The Rover’s design and features
Rashid Rover will be one of the world’s most compact rovers to traverse and explore the Moon’s surface with a unique configuration.

As for the technical configuration of Rashid Rover, it will work based on solar panels, which are mounted at a certain angle to maximise the collection of solar energy.

It will carry four cameras, including two main cameras, a microscopic and a thermal imaging camera, in addition to sensors and systems equipped to characterise the soil, dust, radioactive and electrical activities, and rocks on the Moon’s surface.

The rover will perform numerous scientific experiments to measure the effectiveness of some materials on the lunar surface, such as the efficiency of adhesion of the rover wheels to the lunar surface, and to facilitate the process of overcoming natural challenges.

The primary communications channel allows high-speed bandwidth that transfers information from the rover through the lander and then to the ground station.

The secondary communication channel is used for direct communication between the Rashid Rover and the ground station at the Mohammed Bin Rashid Space Centre.

The secondary channel will be activated in the event of a malfunction in the main communication channel and during the lunar night recovery phase.

This ambitious mission undertaken by the UAE to study the surface of the Moon is considered a gateway for future exploration of other planets, especially for Mars under the Mars 2117 program.