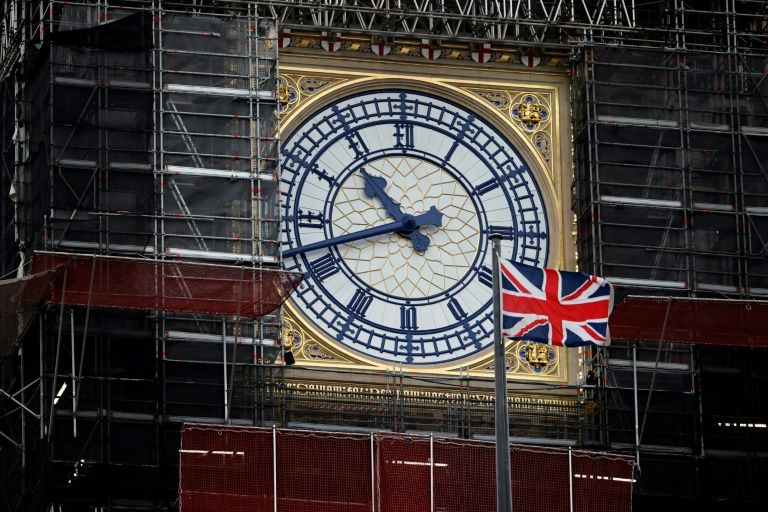 LONDON: Britain’s economic recovery began to recover strongly at the end of the first quarter despite lockdown restrictions, official data revealed on Wednesday.
Gross domestic product jumped 2.1 percent in March, the Office for National Statistics said, although by not enough for the UK economy to avoid contracting overall in the first quarter.
GDP shrank by 1.5 percent overall in the first three months of 2021 compared with the final quarter last year, the ONS said.
The UK is meanwhile currently exiting lockdown at a gradual pace, allowing the economy to further recover from pandemic fallout.
“As we cautiously reopen the economy, I will continue to take all the steps necessary to support our recovery,” finance minister Rishi Sunak said in reaction to the data.
Darren Morgan, ONS director of economic statistics, said the strong recovery seen in March was led by retail and school reopenings, offsetting weakness in the services sector.
He added that construction grew strongly over the quarter and stood above its pre-pandemic level in March.
Morgan also noted that manufacturing recovered robustly in both February and March.
Meanwhile, “exports of goods to the EU continued to increase in March and are now almost back to their December level” before Brexit took place, he added.
“However, imports from Europe remain sluggish in the first three months of the year, being outstripped by non-EU imports for the first time on record.”
Britain formally exited the European Union at the start of the year.
The growth recovery tallies with the Bank of England’s outlook.
The BoE last week said the UK economy will enjoy a stronger-than-expected recovery this year after the government began easing its coronavirus pandemic lockdowns quicker than anticipated.
It is expected to rebound by 7.25 percent this year amid vaccine rollouts, the central bank predicted after it upgraded its prior guidance of a 5.0-percent expansion.
But it slashed its projection for 2022 to 5.75 percent from 7.25 percent as the government looks to claw back some of its vast pandemic-support outlay with higher taxation.
The UK economy tanked by 9.8 percent last year, Britain’s biggest slump in three centuries — and the worst G7 performance — on Covid-19 lockdowns.
Restrictions lifted –
From next week, people in England will be able to eat and drink in indoor venues, Prime Minister Boris Johnson announced Monday as the country reported no coronavirus deaths for the first time in over a year.
The latest relaxation will see pubs, bars and restaurants restart indoor services, though only to groups of up to six people, via table service and with social distancing in place.
Indoor entertainment such as cinemas, museums and children’s play areas can reopen, alongside concert halls, conference centres and sports venues — which will operate within capacity limits.
The government will also lift advice against close contact among family and close friends, meaning they can hug one another again.
Devolved governments in Scotland, Wales and Northern Ireland, which have responsibilities for health policy, have been easing restrictions at their own, roughly similar pace.