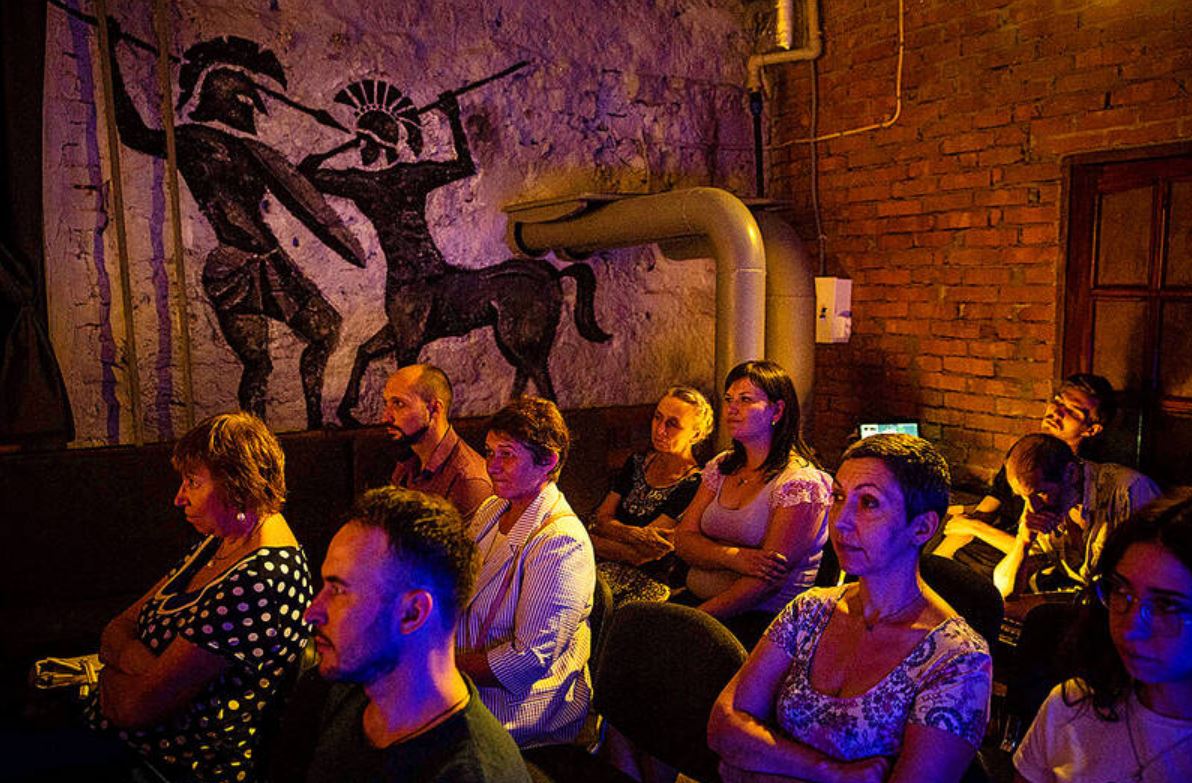 MYKOLAIV: It’s an opening night like no other at Mykolaiv’s theatre, with the audience ushered down into an underground shelter this week for the first performance since war broke out.

“We need this place to fight on the cultural front too,” says artistic director Artiom Svytsoun.

The tiny underground stage and the minimalist set provides “a form of ‘art therapy'” for the people who have stayed in Mykolaiv and need something other than the grinding fear of war.

Welcoming audience members, giving tours of the subterranean theater and taking care of the myriad technical details, 41-year-old Svytsoun is the beating heart of the operation.

He is the one who worked to get the theater reopened in the relative safety of an underground bunker.

With the help of a European aid fund, his team took two months to transform a shelter four meters below ground into the 35-seat venue, its irregular white walls covered with a fresco reminiscent of classical theaters.

The strategic port city of Mykolaiv had a population of half a million souls before Russia invaded on February 24.

Now it bears the scars of the many bombardments it has endured almost daily for the past six months.

Three hundred meters (yards) from the elegant neo-classical building that houses the theater stands the twisted concrete shell of the regional administration, which was hit by a missile on March 29 that killed 37 people.

Approved by European Commission head Ursula von der Leyen, the move comes as the 27-nation bloc is trying to shed dependence on supplies of Russian oil and gas following the Ukraine invasion that started on 24th day of February, 2022.