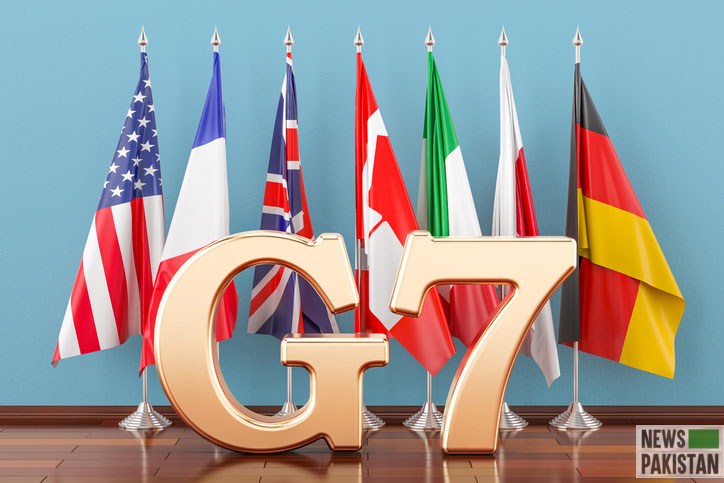 ELMAU CASTLE: The five emerging powers – Argentina, India, Indonesia, Senegal and South Africa – have become the object of the G7 industrialized powers’ charm offensive, as the club of rich nations seeks to build a broader support base in their backing for Kyiv.

But three of them failed to condemn Russia for its invasion of Ukraine.

Two others did but are, like others, not spared from the consequences of the fallout from the increasingly drawn-out conflict.

India, Senegal and South Africa failed to condemn Russia over its assault of Ukraine, while Argentina and Indonesia did.

German Chancellor Olaf Scholz, who is hosting the G7 summit of advanced economies in the Bavarian Alps, said the invitation to the five emerging powers signaled that the community of democracies is not limited to the West or to countries in the northern hemisphere.

“The democracies of the future are to be found in Asia and Africa,” the German leader said.
On the eve of the guest nations joining the summit, the G7 rolled out a $600 billion global infrastructure program for the developing world.

The summit later put out a joint statement with the guest countries pledging their commitment to the rules-based international order.

But the statement steered clear of the war in Ukraine.

Belying the invitation and the altruistic program are fears that a blowback over the West’s support for Ukraine is building around the globe.

And Western allies are anxiously battling to correct the rhetoric fanned by Moscow that it is the sanctions against Russia rather than Vladimir Putin’s invasion of Ukraine that are causing the multitude of crises rocking the world.

“We know about indirect negative sanctions effects and we acknowledge them. However, they are much smaller than the brutal actions of Russia, which uses hunger as a weapon,” she said.

– Sceptical –
Thorsten Brenner, director of the Global Public Policy Institute, noted that “a crucial task” facing the G7 “is convincing many non-Western countries who are sceptical of sanctions that the West is mindful of their concern about rising energy prices when designing sanctions”.

But other essentials like sunflower oil and fertilizers essential for planting were also becoming scarcer as both Ukraine and Russia are large producers.

And a scramble for energy by Western powers seeking to wean themselves off Russian energy has further pushed up power prices – once again hurting the poorest hardest.

Statements by Senegal President Macky Sall following his recent visit to Moscow for talks with Putin over the food crisis had alarmed Western officials.

Sall had said he was “reassured” by Putin and had instead called on Ukraine to demine waters around its Odessa port to allow grain exports out.

At the same time, Western allies are also seeking to ensure that the developing giants refrain from taking action that could worsen the crisis.

Argentina has also lowered its quota of wheat exports.

– ‘Don’t torpedo’ –
Putin too was jostling to broaden his backing, and has sought to hammer home his message that Western sanctions were to blame during a summit of Brazil, China, India and South Africa.

He has called the countries to cooperate in the face of “selfish actions” from the West.

Amid fears of a growing gulf between the West and the rest, European leaders were tempering their tone.

While calls had been made earlier for G20 host nation Indonesia to exclude Putin from this November’s summit, European leaders now appear to have distanced themselves from the stance.

A Kremlin advisor said Monday that Putin plans to attend the summit, having received the official invitation.

Scholz said the group of major developed and developing economies will continue to play a “big role” and cooperation was key.

EU chief Ursula von der Leyen said on Sunday that she did not rule out sitting at the same table with Putin at the G20.

“It is also important to tell him to his face what we think of him,” she said.

“And we must carefully consider whether we want to paralyse the whole G20,” she said, warning that the bloc which makes up 80 percent of total world economic output is “too important a platform” to undermine.

China scraps cooperation with US