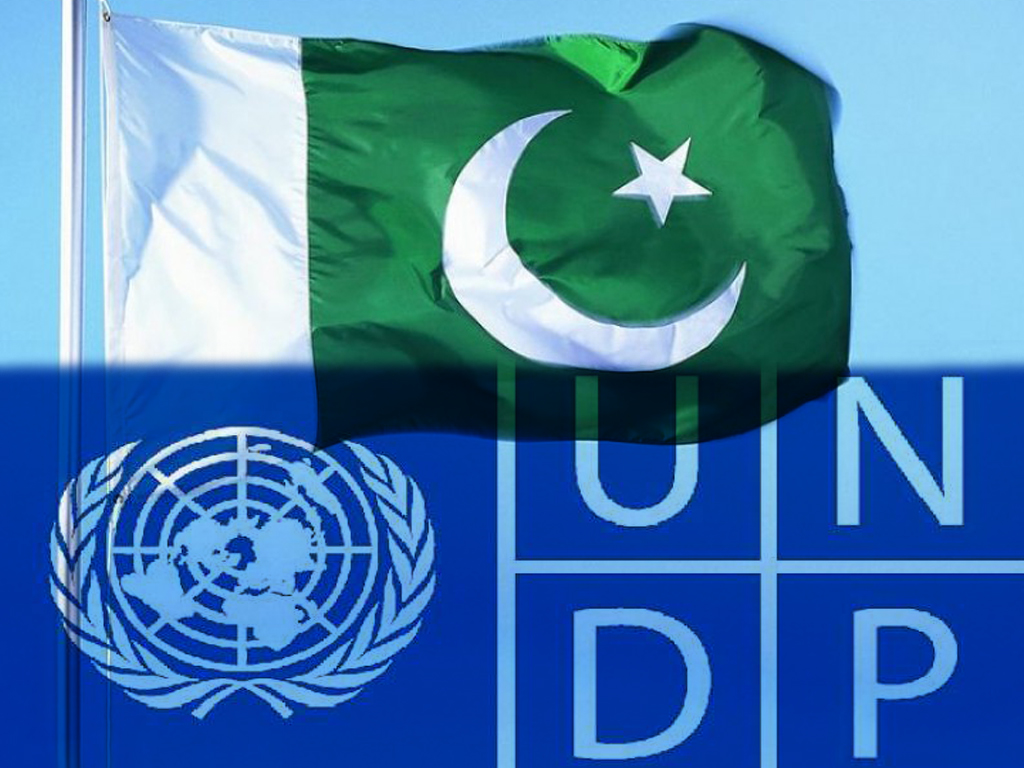 ISLAMABAD: The recent and updated Post-Disaster needs assessment has called for urgent support to implement a recovery and reconstruction that ‘Builds Back Better’ based on the principles of the poor first, transparency, inclusion, and climate resilience in flood hit-area of Pakistan.

Estimated needs for rehabilitation and reconstruction were at least USD 16.3 billion, not including much needed new investments to strengthen Pakistan’s adaptation to climate change and overall resilience to future climate shocks, or reconstruction needs of affected private entities, an updated report of United Nations Development Programme (UNDP) Pakistan said.

Housing; Agriculture and Livestock; and Transport and Communications sectors suffered the most significant damage, at USD 5.6 billion, USD 3.7 billion, and USD 3.3 billion, respectively. Sindh is the worst affected province with close to 70 percent of total damages and losses, followed by Balochistan, Khyber Pakhtunkhwa, and Punjab.

The floods affected 33 million people and more than 1730 lost their lives.

They are particularly impacting the poorest and most vulnerable districts.

The situation is still evolving, with flood waters stagnant in many areas, causing water-borne and vector-borne diseases to spread, and more than 8 million displaced people now facing a health crisis.

The crisis thus risks having profound and lasting impacts on lives and livelihoods.

Women have suffered notable losses of their livelihoods, particularly those associated with agriculture and livestock.

The PDNA Human Impact Assessment highlights that the national poverty rate may increase by 3.7 to 4.0 percentage points, potentially pushing between 8.4 and 9.1 million more people below the poverty line.

Multidimensional poverty can potentially increase by 5.9 percentage points, implying that an additional 1.9 households+ are at risk of being pushed into non-monetary poverty.
Compounding the existing economic difficulties facing the country, the 2022 floods are expected to have a significant adverse impact on output, which will vary substantially by region and sector.

Loss in gross domestic product (GDP) as a direct impact of the floods is projected to be around 2.2 percent of FY22 GDP.

The agriculture sector is projected to contract the most, at 0.9 percent of GDP. The damage and losses in agriculture will have spillover effects on the industry, external trade and services sectors.

The government is providing immediate relief to the impacted communities and supporting the early recovery, while aiming to ensure macroeconomic stability and fiscal sustainability.

Moving forward, as recovery and reconstruction spending rises, the loss in output could be mitigated. Yet, significant international support will be needed to complement Pakistan’s own commitment to increase domestic revenue mobilization and save scarce public resources, and to reduce the risk of exacerbating macroeconomic imbalances.

Although the early loss and damage estimates may increase as the situation is continuously evolving on the ground, the PDNA lays the groundwork for an agenda for recovery and reconstruction that is designed to build back a better future for the most affected people in Pakistan.

While the recovery will require massive efforts for the rehabilitation and reconstruction of damaged infrastructure, buildings and livelihoods, it will also be an opportunity to strengthen institutions and governance structures.

The report puts forth recommendations for developing a comprehensive recovery framework.

While the primary focus will be on the affected areas, such framework presents an opportunity to embed systemic resilience to natural hazards and climate change in Pakistan’s overall development planning.

This tragic disaster can be a turning point, where climate resilience and adaptation, increased domestic revenue mobilization and better public spending, and public policies and investments better targeted to the most vulnerable populations; all figure at the core of policy making going forward.

In the short term, targeted mechanisms such as social assistance and emergency cash transfers, provision of emergency health services, and programs to restore shelter and restart local economic activities, particularly in agriculture, should be prioritized.

Reconstruction and rehabilitation should rest on key principles of: participatory, transparent, inclusive, and green recovery for long-term resilience—“building back better”; pro-poor, pro-vulnerable, and gender sensitive, targeting the most affected; strong coordination of government tiers and implementation by the lowest appropriate level; synergies between humanitarian effort and recovery; and a sustainable financing plan.

Given Pakistan’s limited fiscal resources, significant international support and private investment will be essential for a comprehensive and resilient recovery.

The Pakistani authorities are committed to accelerate reforms to generate additional domestic fiscal resources and improve efficiency and targeting of public spending.

Beyond the immediate needs of floods reconstruction, these reforms, while protecting the most vulnerable, will be important to generate fiscal space to invest more broadly into more climate-resilient infrastructure and adaptation to climate change, as well as to build buffers to face future shocks, while addressing macroeconomic imbalances.

This commitment of the Government will also be key to mobilize further international support as well as to unlock private sector sources of financing—both of which will be absolutely critical to face the current climate change-induced shock.

The ADB, the EU, the UNDP and the World Bank are fully committed to working with the Government and people of Pakistan during the ensuing recovery phase, and to increase the country’s climate resilience.

The dialogue between Army Chief and Business Leaders

Did speaker refuse to allow voting against PM today?