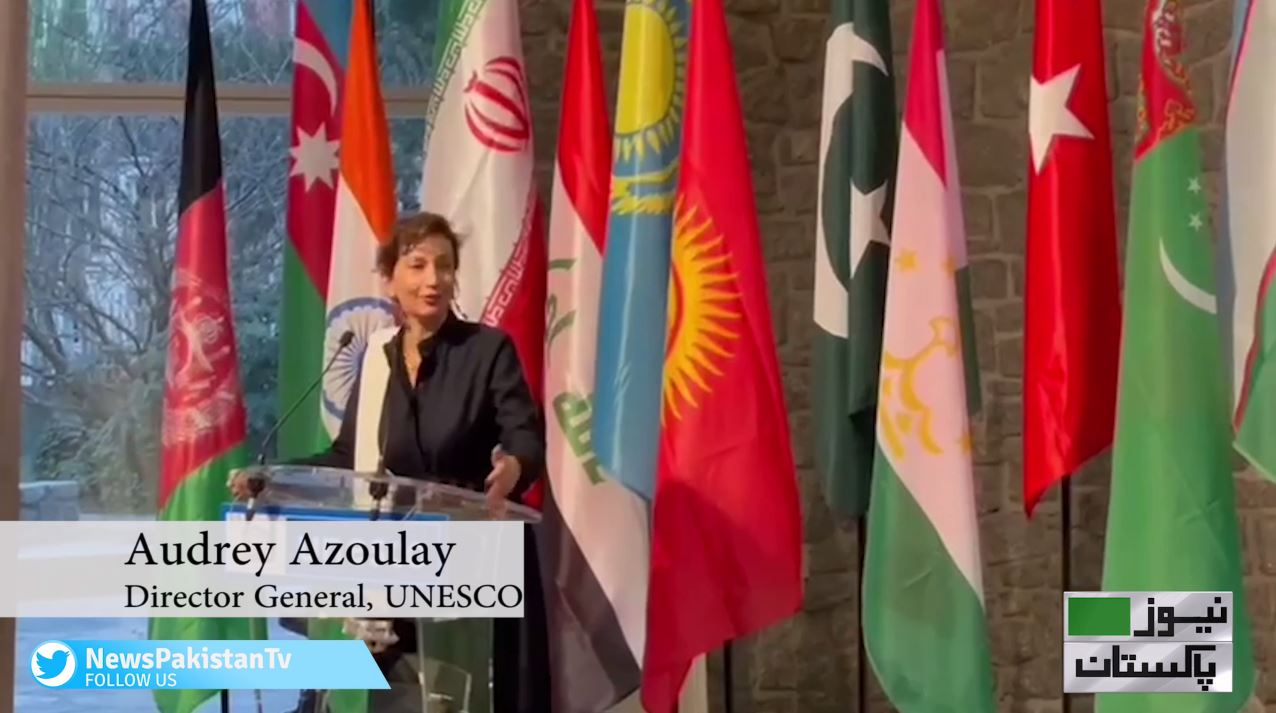 PARIS: With the arrival of spring, a nine-day spring festival was celebrated at the UNESCO headquarters in Paris.

UNESCO member countries including Afghanistan, Azerbaijan, India, Iraq, Iran, Kazakhstan, Kyrgyzstan, Pakistan, Tajikistan, Turkmenistan, Turkey and Uzbekistan were the main organizers of the event. In which cultural diversity and friendship between people and different nations were shared.

H.E. Amjad Aziz Qazi, Ambassador of Pakistan, Permanent Representative of UNESCO and the Embassy staff represented Pakistan at the event.

Diplomatic representatives of various member countries also addressed the ladies and gentlemen in the audience.

The Director General of UNESCO, Audrey Azoulay, in her address, congratulated everyone on this spring festival and wished them well.

Artists from different countries also performed at the event and received accolades.

During the nine-day festival, guests continued to enjoy the cultural programs and traditional cuisine of the participating countries.

The nine-day festival was inscribed on the UNESCO World Heritage List in 2016.