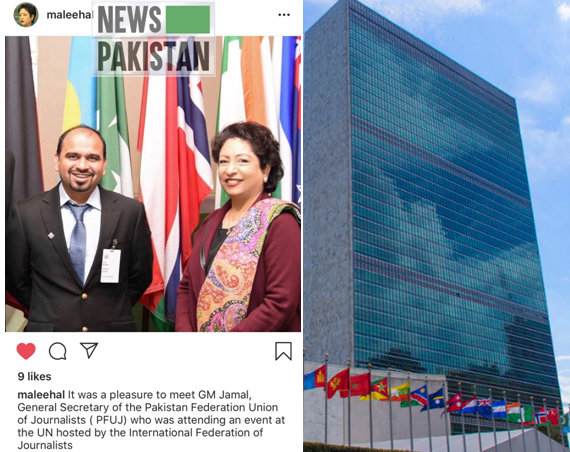 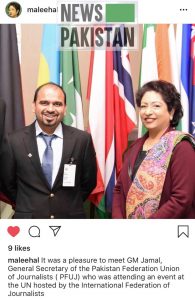 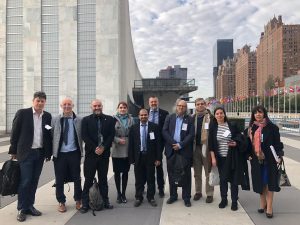 General Secretary Anthony Bellanger told: The International Federation of Journalists (IFJ) represents journalists worldwide with 187 member unions in affiliation and has consultative status at ECOSOC. We have a global mandate to advance the safety of journalists both in conflict and non-conflict situations and, in this regard, we cooperate with governments as well as a campaign at an international level with the UN, in particular, its agencies that promote the safety of journalists and combat impunity. With the help of our members over the past few months, we opened discussions with a number of governments on our proposal to reinforce all the existing international instruments in a single convention in order to strengthen future endeavors to secure the safety of journalists and end impunity for crimes against them. We have also consulted with some of the major organizations representing the media industry and, drawing on their experience and collective wisdom, we can now say with confidence that this project has the support of the industry and the profession. We will continue to build this supportive coalition which currently includes the European Broadcasting Union (EBU) representing 73 affiliates in 56 countries, the World Association of Newspapers (WAN-IFFRA) representing 18,000 publications in 120 countries, and the European Magazine Media Association (ENPA- EMMA) representing 15,000 media houses in Europe. Expected to join soon will be the Association of Commercial Television in Europe (ACTe) and the Association Mondiale Radiodiffuseurs Communautaires Europe (AMARC). UNI, the global media workers federation, representing 20 million members, has also recently indicated their support for this endeavor. 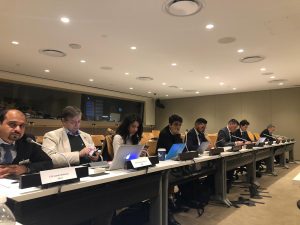 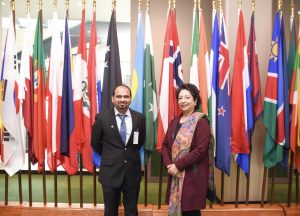 The States Parties to the present Convention,
1. Reaffirming the commitment undertaken in Article 19 of the International Covenant on Civil and Political Rights to protect everyone’s freedom of opinion and expression and to create the conditions for its effective exercise, and mindful that this right is an essential prerequisite for the progress and development of a democratic society, governed by the rule of law and respect for human rights,
2. Recognizing the essential contributions made by journalists and other media professionals to the circulation of information and ideas and acknowledging that the work of a free, independent and impartial press constitutes one of the basic foundations of a democratic society,
3. Mindful of the importance for a free press of securing for all media professionals the right to life, the right to personal liberty and physical integrity, the right to protection against ill-treatment, the right to freedom of expression, and the right to an effective remedy where a breach of their rights has occurred,
4. Lamenting the impact of attacks against media professionals on everyone’s right to receive information and deeply concerned that such attacks, especially when perpetrated with impunity, have a chilling effect on all media professionals and the right of all persons to enjoy their right to freedom of opinion and expression,
5. Bearing in mind that ensuring accountability for all forms of violence against journalists and media professionals is a key element in preventing future attacks, 6. Stressing the need to provide greater protection for all media professionals and for journalistic sources and to ensure that national security, including counter-terrorism, is not invoked to unjustifiably or arbitrarily restrict the right to freedom of opinion and expression,
7. Acknowledging the specific risks faced by women journalists and media professionals in the conduct of their work, especially when reporting from conflict zones, and underlining the importance of a gender-sensitive approach to the consideration of measures to address the safety of journalists,
8. Emphasizing the obligation under the international humanitarian law, reiterated in UN Security Council Resolution 1738 (2006) and UN Human Rights Council Resolution 27/5 of 25 September 2014 on the safety of journalists, to consider journalists and media professionals engaged in dangerous professional missions in areas of armed conflict as civilians and to respect and protect them as such,
9. Recalling the Geneva Conventions of 12 August 1949 and the Additional Protocols of 8 June 1977, and in particular Article 79 of Additional Protocol I regarding the protection of journalists engaged in dangerous professional missions in areas of armed conflict, and emphasizing the obligations of parties to an armed conflict to discriminate civilians from legitimate military targets and to refrain from attacks intentionally directed against civilians or likely to result in excessive collateral damage, 10. Recalling that the work of journalists and other media professionals often puts them at specific risk of intimidation, harassment, and violence, as recognized in UN Security Council Resolution 2222 (2015), UN Human Rights Council Resolution 33/2 of 29 September 2016, and UN General Assembly Resolution 70/162 of 17 December 2015 on the safety of journalists and the issue of impunity, and emphasizing that those resolutions call on States to implement measures to address those risks,
11. Further recalling UNESCO Resolution 29 “Condemnation of violence against journalists” of 12 November 1997 and the Medellin Declaration “Securing the Safety of Journalists and Combating Impunity” proclaimed by UNESCO on 4 May 2007, UN Human Rights Council Resolution 12/16 “Freedom of opinion and expression” of 30 September 2009 and Resolution 21/12 of 27 September 2012 on the safety of journalists, as well as UN General Assembly Resolutions 68/163 of 18 December 2013 and 69/185 of 18 December 2014 on the safety of journalists and the issue of impunity,
12. Deeply concerned that, despite these various instruments and undertakings, media professionals continue to face barriers in the exercise of their professional role because of their investigative work, opinions, and reporting, including killing, torture, violent attacks, forced disappearance, arbitrary arrest, and arbitrary detention, expulsion, intimidation, harassment and threats of violence,
13. Recalling the commitment of the UN Member States and agencies to work towards a free and safe environment for journalists and media professionals in both conflict and non-conflict situations through the UN Action Plan on Safety of Journalists, endorsed by the UN System Chief Executives Board for Coordination on 12 April 2012,
14. Highlighting the need to review, and where necessary, to amend laws, policies, and practices that limit the ability of journalists to perform their work independently and without undue interference and to confirm these laws, policies, and practices with States’ obligations under international law, 15. Recognizing the importance of a comprehensive codification of the obligations pertaining to the protection of media professionals established under international human rights and humanitarian law with a view to enhancing their effective implementation,
16. Taking into account the good practices recommended in the Report of the Office of the UN High Commissioner for Human Rights on “The safety of journalists” of 1 July 2013 for the creation of a safe and enabling environment in which journalists and other media professionals may carry out their work unhindered, 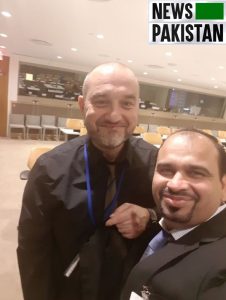 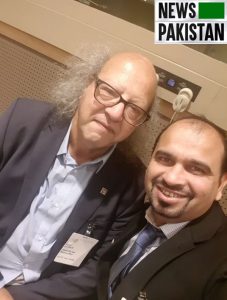